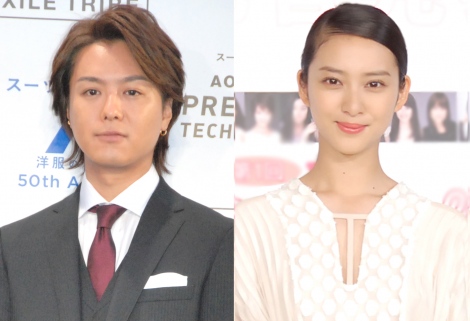 EXILE’s TAKAHIRO and actress Takei Emi announced their marriage on Sep 1. Takei is currently 3 months pregnant with their first child and is expected to give birth next spring. There is no confirmation yet on the wedding reception and no interview is planned at the present.

They co-starred in the drama “Senryokugai Sosakan” in 2014 and were first reported to be dating by a weekly magazine in April 2015 but both denied the relationship at that time.

In 2006, TAKAHIRO won EXILE’s vocal audition and joined the group. He performed as a solo singer in 2013 and made his acting debut in “Senryokugai Sosakan” in 2014. He is currently seen in film “HiGH & LOW THE MOVIE 2 END OF SKY” which was just recently released.

Takei is currently starring in TV Asahi’s “Black Leather Notebook” and was announced to star in the October drama “Ima kara Anata wo Kyouhaku Shimasu”, but the shooting schedule is currently being adjusted.