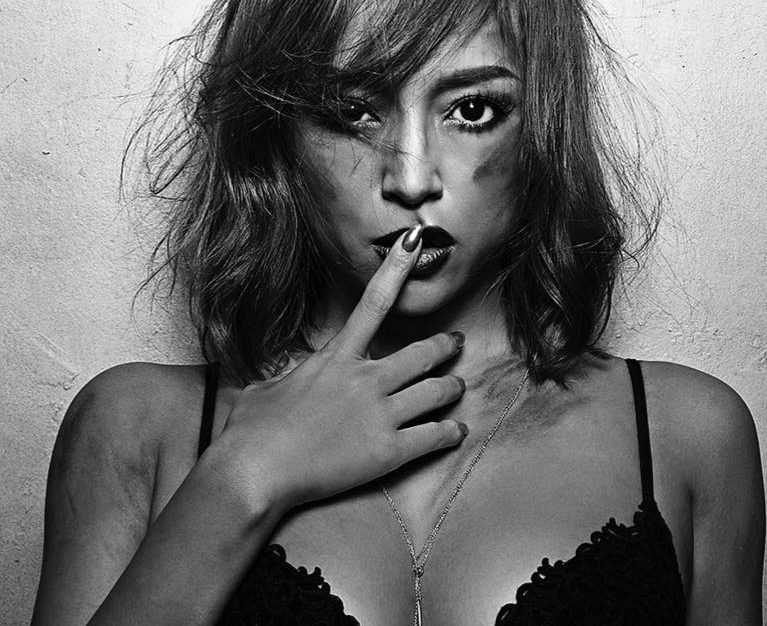 Is this a new beginning for our beloved chanteuse?

Following her separation from second husband Tyson Hamasaki Bodkin, Ayumi Hamasaki took to Instagram, Facebook and Twitter with a brand new profile photo and an update with a black-and-white shot of the social media artist in only her undies.

This update attracted a lot of attention from fans across her social networking sites: “Ayu-chan’s cool gaijin style,” “This looks like Amuro’s Sweet 19 Blues CD Jacket,” “I feel like you been under prison for three years and now you’re back,” “I’m screaming,” “I don’t like this picture. I em[sic] sorry,” and “Ayumi. A Yummy.“

She pairs the image with lyrics from her song “Return Road“: “We saw, we felt, we promised about / Is it still out there somewhere, smiling gently at us?“

“Return Road” is a song from her 2012 album Party Queen, a return to lyrical self-exposure for Hamasaki, back to being vulnerable to the listener’s interpretation of her. In a magazine interview, she commented that the songwriting process at this point was so easy that she considered making this into a double album. Filled with dance songs and ballads, much of the album consisted of both rejections of and emotional reactions to her divorce from her first husband actor Manuel Schwarz at the beginning of 2012.

Hamasaki has left this song open to interpretation in the past, not confirming or denying it’s about her divorce from Schwarz, but it seems clear that it’s her confirmed official divorce anthem.