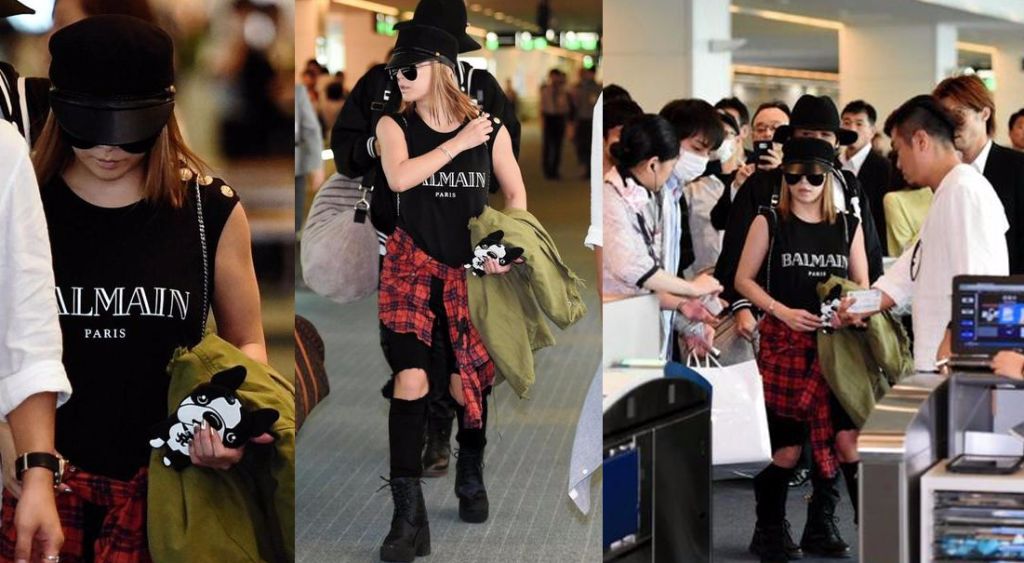 Jetsetting Queen of Grunge Ayumi Hamasaki has made her first public appearance since announcing her divorce from husband of two and a half years.

On September 29, Hamasaki showed up at the Haneda Airport in Tokyo, flying for an appearance at ZEPP Sapporo in Hokkaido on September 30.

With the ease and grace you would expect from Hamasaki, she dodged the 30 reporters that were hounding her with questions concerning her divorce (“Did you get a divorce?” a million times, I’m sure), but she remained composed and didn’t respond. Clock her left hand though; there’s no ring.

But is she really even divorced? She has been vague about the entire situation, but that’s totally understandable.

Her eclectic airport glamour mixes luxury with comfort, a blend of contemporary grunge throw-back with a red flannel tied around her waist, a black Balmain t-shirt, a chic Civil War Kepi, a silver Chanel backpack, and her self-branded Boston Terrier phone case.

And of course, every move she makes has to coincide with some release. Today, her new song “We are the QUEENS,” a tie-in with the Clash of Queens game, was released as a digital single, though it’s currently only available in Japan.

The song is pretty much an autobiographical divorcée anthem, with lyrics like: “Yes, we are the queens / if we fall down / we should just get back up strongly.” We know Ayumi will stay strong and get back up following this difficult time, because she has done it before.