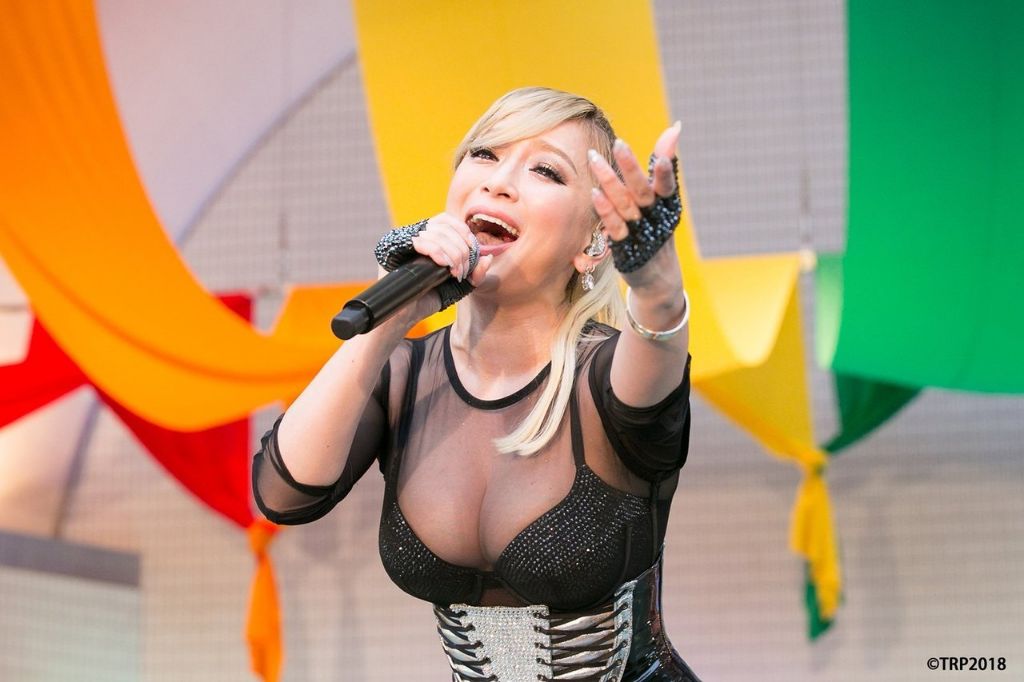 As previously reported, it was revealed that Ayumi Hamasaki would be making an appearance at Tokyo Rainbow Pride 2018. At the time, it was unknown what her role at the celebration would be.

The diva ended up holding a special live for the event! Just like Mika Nakashima’s appearance Tokyo Rainbow Pride 2017, the concert was free.

Due to high demand and safety issues, a lottery system was implemented so all fans could fairly have a shot at receiving a ticket to the venue. The venue would also be able to control the amount of people in the main audience.

Hamasaki performed 7 songs in total, beginning with her 2005 hit STEP you. Later on while performing the ballad how beautiful you are, she suddenly burst into tears apologizing to the audience.

During the MC segment she acknowledge how conservative Japan can be, resulting in minorities from all walks of life being very socially vulnerable. This can cause many of them to feel that they’re “mistakes”.

Hamasaki encouraged everyone in the audience to keep being themselves and move forward, ensuring that they’re not “mistakes”. She closed the statement saying that she will continue to walk with them in the future.

During the MC she also talked about how during a low point in her life (before being signed to Avex trax) she visited Ni-chome for the first time and instantly felt at home. Ni-chome is considered Tokyo’s hub for LGBT subculture.

Hamasaki returned to the stage for two encore songs, singing the fan favorites BLUE BIRD and Boys & Girls. The entire setlist is as follows: