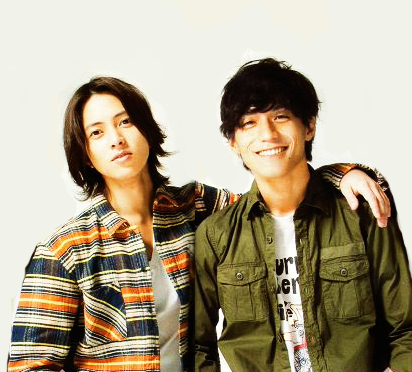 *Note this will not be a direct translation but a paraphrasing as I am condensing information from two different sources into one post, and I don’t want to make it excessively long

Since the alleged drama that occurred with Yamapi, Nishikido Ryo and Akanshi Jin involving a fan’s cellphone, the two have made into the headlines again. Reportedly, Nishikido is now dating a beautiful model-like woman and Yamapi may be arrested.

Beautiful woman stays over at Nishikido Ryo’s home; wearing no makeup, she accompanies him on outing to Origin Bento and Ion Supermarket

It has been reported that Nishikido Ryo was seen taking a beautiful woman into his home, which is also reportedly the same home he shares with Aragaki Yui. 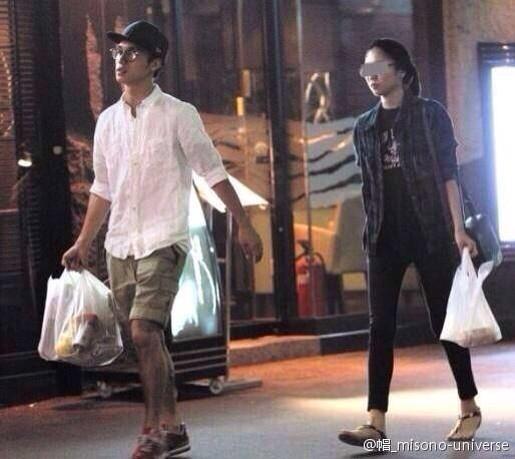 Nishikido was seen driving a black SUV with a tall, long legged beautiful woman in the passenger seat. The two exited the car and entered origin bento. The woman, who was not wearing heels is assumed to have a height that surpasses 170 cm. The two went to Origin Bento and made their order. Nishikido then followed the woman to a nearby convenience store, where they bought cigarettes. After that, the two went to Ion Supermarket. There, they bought bananas, soumen, a lemon and vegetables, among other items [who the heck was following them to know exactly what they bought? lol].

They then returned to Origin Bento where they ate the food they ordered. What is most notable is the clothing that the woman wore. She wore a flannel shirt, t-shirt, jeans, no makeup and glasses, basically as if she went out wearing the same clothing she lounged around the house in.

After they received the bento, they both returned to the SUV, where they drove for a while before arriving at the underground parking lot of an apartment complex. It is at this apartment complex that both [alleged] ex-girlfriend Aragaki Yui and Nishikido are living in, although in separate rooms [allegedly].

This same woman was seen repeatedly visiting Nishikido’s apartment and staying until the morning. When smiling, she resembles Hamasaki Ayumi and has a model’s figure. It seems that this woman has gotten quite comfortable with Nishikido.

There is a possibility that Yamashita Tomohisa may be arrested! The previous brush with the law involving Nishikido Ryo and Akanishi Jin is no longer being investigated as theft, but as damage to personal property…

In today’s [7/18/2014] edition of Friday, the details of the incident involving Nishikido Ryo, Yamashita Tomoshisa and Akanishi Jin are being reported. The smartphone that was said to be stolen has now moved from a charge of theft to property damage.

All the news of the incident so far has reported Akanishi as the person who did wrong, but it seems that information is incorrect.

On June 26, Akanishi and crew were hanging out at Club N in Roppongi, when near the club’s entrance there was a couple who were pointing and staring at them. Before this, Akanishi and crew regularly went to this club to hit on foreign women, hop into the DJ booth and play their own songs and partied wildly. In such a place that were now accustomed too, they couldn’t possibly think that they would have such an unacceptable action done towards them?

Then, the stone cold drunk Nishikido reacted to the couple’s pointing saying, “You gotta problem?!” in an attempt to pick a fight. The couple accepted the challenge without backing down.

From here, it has been reported as something that merely happened with just Akanishi and crew along with the group of non-celebrity men and women.

However, if there is no non-celebrity person on Akanishi’s side, there is no way for him to know what happened.

What follows is this: Yamapi and Akanishi tried to calm down Nishikido, who was still spewing threats. But the opposing group got excited and said “If we stay here, we’ll get noticed by the press.” So, they moved to a back alley where no one was around.

There, an exchange of words ensued, and the girl with the smartphone captured the situation using her phone. It seems that after this, Yamapi took the girl’s phone.

According to someone who was at Club N, after this Akanishi and crew along with the non-celebrity group went to a private room at Club N and were assumed to have settled things.

However, the next day, the couple submitted a damage report to the police station, and the report was accepted.

But because that smartphone was broken, the charge was moved from a theft charge to a property damage charge.

In addition, the legal representative of Johnny’s Entertainment said they could not make a comment during the investigation.

Johnny’s Entertainment is in talks with the couple, but Yamapi has currently only said that he hasn’t done anything and has not apologized or offered compensation. The couple and Yamapi have not yet met a common ground on the matter.

*The rest of the article talks about random stuff about Akanishi having a kid, his rumored divorce and new single and Yamapi’s variety show.

Both of these matters have been reported by the same issue of Friday.

With previous reports of Horikita Maki and Sakurai Sho dating among other things, it has been quite an eventful week for Johnny’s.