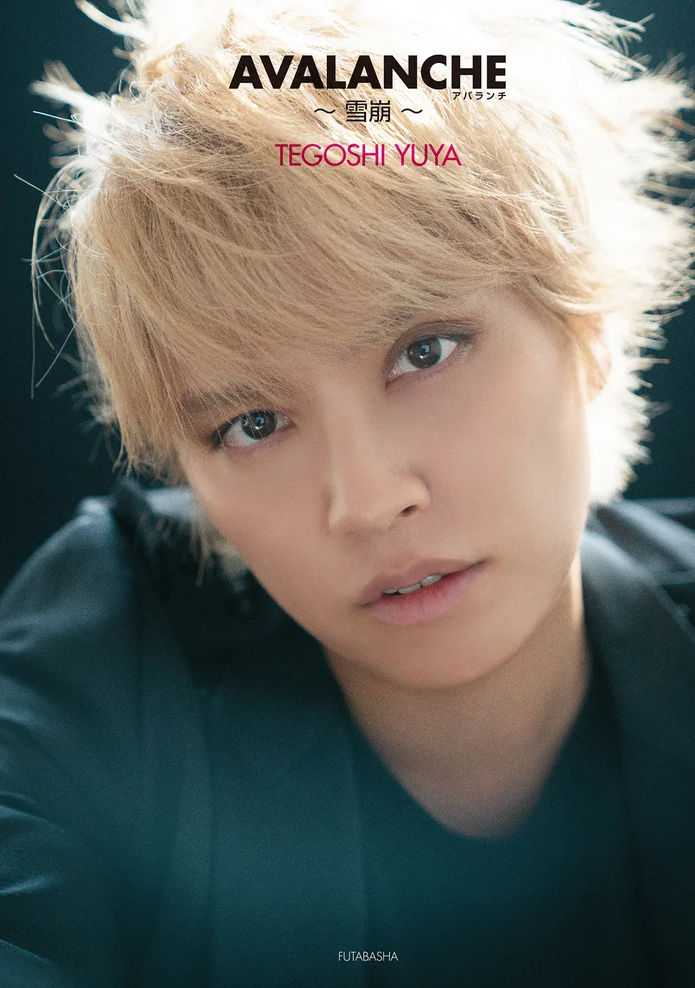 When it was announced that former NEWS member Yuya Tegoshi would be releasing his very own book titled “AVALANCHE” fans were ecstatic. Since leaving NEWS and Johnny’s, Teogshi has created a successful YouTube channel and is active on Twitter.

However, once fans found out what the book was going to be about many were disappointed in the former Johnny’s star. Preparation for the book happened extremely fast, just a month after leaving Johnny’s he was approached by a publisher. Tegoshi agreed to do the book so he had a chance to respond to all the various rumors about him, and state why he left NEWS in his own words.

“AVALANCE” is 272 pages long, and 50k copies have already been pressed for the book. Fans who purchase the book will receive an event ticket to attend a future activity with Tegoshi. Fans will also be able to view an exclusive video service which allows you to go on a “virtual date” with Tegoshi. In the date the two of you will apparently be in bed, with you using him as an arm pillow, while he gently strokes your head.

Tegoshi named his book “AVALANCHE”, which is a huge mass of snow falling down a mountainside, because he wanted to make a huge impact in the world. He feels like the contents in this book will help people learn about male idols more. This is also a nod to one of his favorite games Final Fantasy VII, as the protagonists are apart of an organization named Avalanche.

In the book Tegoshi talked about his exs and flings, among the girls mentioned is Yuki Kashiwagi. While he didn’t say anything negative about her, fans find it extremely distasteful that she was even brought up especially since she is still an active member of AKB48.

He also commented on getting caught in the tabloids with SKE48 member Momona Kito. The story was published in June 2013, and at the time Tegoshi was prepared to be fired. Tegoshi had no idea she was in SKE48 as the group had so many members and she “wasn’t even a front girl”, he also didn’t realize she was a minor (under 20) as she didn’t look like it, and in the photo they were drunk. He wasn’t planning on making any excuses for his actions because “men don’t do that“.

Moving on to Arashi, Tegoshi revealed that he actually wore a suit and apologized to them after he commented on their alleged lip syncing. Like the superstar idols they are, they accepted Tegoshi’s apologize with a smile. He also commented on the marriage of member Kazunari Ninomiya, commenting that he didn’t understand why fans would not support Nino or Arashi due to this.

While he also didn’t say anything negative about Arashi and Nino, just like with Yukirin fans find it distasteful that he is dragging them into this mess just so he can sell his book.

Moving on to his fellow ex NEWS members Tomohisa Yamashita and Ryo Nishikido. When he first joined NEWS he felt a little resentful as Yamapi and Nishikido were the appointed stars of the group. Tegoshi claimed that Nishikido was never able to make decisions on his own, so he wasn’t surprised when he left NEWS with Yamapi. Tegoshi also claimed that Nishikido only left Johnny’s because Jin Akanishi and Subaru Shibutani did it first, had they not left he would still be there.