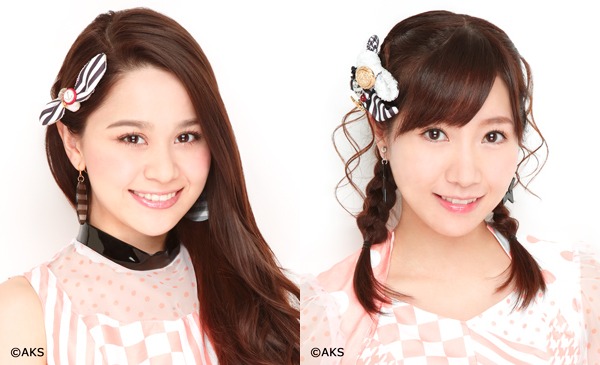 Yukiko Kinoshita (20) and Tomoko Kato (27) announced their graduation from the popular idol group SKE48 at the Team K II theatre performance in Nagoya on the 25th of August.

The 3rd generation member Yukiko Kinoshita has appeared in 5 SKE48 main singles and ranked at number 40 in this year’s AKB48 general election. Before she joined SKE48 at 15, she attended a dance school and commented brightly towards her graduation  “when I leave the group I want to once again become extremely good at dance and take lots of auditions!”

An active gravure model in the group, the 2nd generation member Tomoko Kato has decided to belong to an entertainment company in Tokyo. Because it is already decided that she will star in a musical in October she states that she only has one month left as a member of SKE48. During this time she wants to convey her feelings of thanks to everyone who has supported her.

Yukiko Kinoshita will graduate in November and Tomoko Kato in September. Tomoko Kato has also given up her position in the 5th Janken Tournament next month.