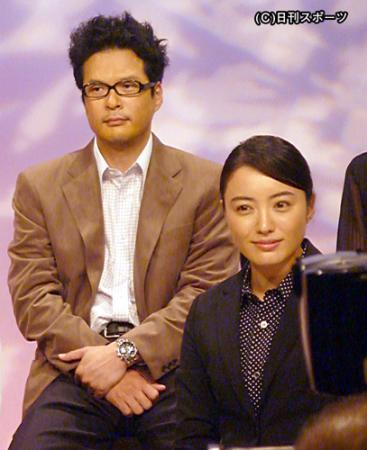 It was revealed on September 17th that popular actress Yukie Nakama (34) and actor Tetsushi Tanaka (48) got married. The couple will be registering their marriage in a few days and plan on making an official statement after that.

Nakama and Tanaka originally met on the set of a drama in 2003 and became acquaintances. In 2007 they appeared in another drama together and quickly got close. In 2008 the couple officially started seeing each other. In 2009 there were reports made that the couple were dating, but taking those around them into consideration, Nakama and Tanaka both told media that they were only friends. In the meantime, the two were able to let their love develop peacefully. After 6 years of friendship the two have finally gotten married.

They have already met with each others families and have told their closest friends about the marriage. One of Nakama’s CM sponsors commented, “Yes, they’re married. They will be making an official statement soon.”