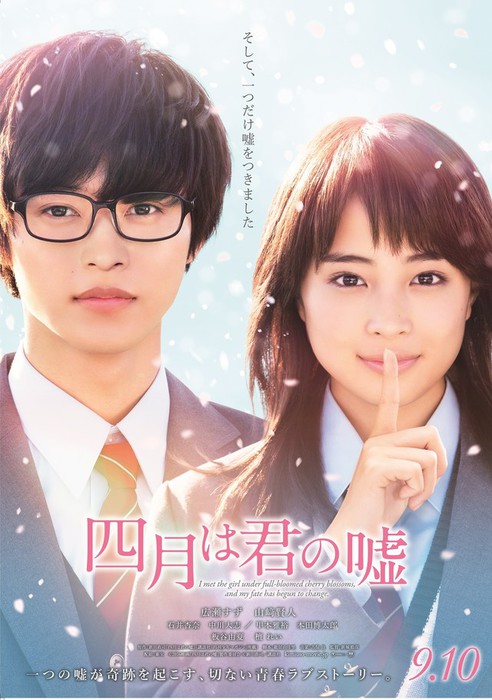 A One and a Half minute version and 30-second version trailers of the upcoming live-action adaptation of “Your Lie in April” has been released by their official website. The theme song of the movie will be sang by Ikimonogakari with the title “Last Scene”.

The live-action adaptation will have difference in the manga as the two main characters, Kosei (Yamazaki) and Kaori (Hirose) will be second year high school students instead of junior high. Other casts include Ishii Anna of E-girls and Nakagawa Taishi. The two main characters have practiced violin and piano half a year before the filming.

The film will be shown nationwide in Japan on September 10.