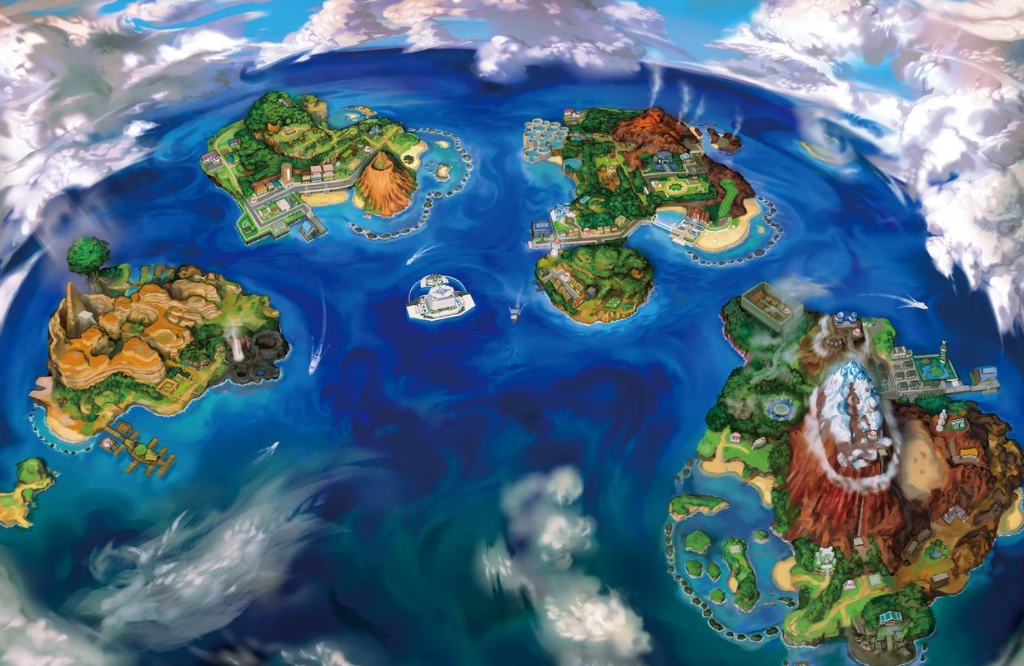 Pokémon became a hot topic three weeks ago when Nintendo revealed the first details about their new edition, and it seems the information flow doesn’t stop as just a couple of hours ago Nintendo shared a new trailer and updated the Pokémon Sun and Moon website. What new details have they released this time? Info of both Legendary Pokémon, characters in the story, Pokédex’s new design and more! Trailer, images and full details, as always, just after the jump!

Since ancient times, both Solgaleo and Lunala have been honored as emissaries of the sun and the moon, respectively. The former is referred to as “the beast that devours the sun”, while the latter is known as “the beast that calls the moon”. Solgaleo’s mane is a symbol of the sun, and its body is capable of shining with light, as it’s full of energy. Lunala is also full of energy, though it has to spread its wings to canalize surrounding light into energy, which makes it resemble a crescent moon.

Solgaleo is a dual-type Psychic/Steel Sunne Pokémon. Its signature move is called Sunsteel Strike, which makes him attack with the strength of a meteor, ignoring its opponent’s ability, while its ability, called Full Metal Body, will offer Solgaleo invulneravility against opponent’s moves or abilities.

Lunala is a dual-type Psychic/Ghost Moone Pokémon. Its signature move, Moongeist Beam, is a powerful moonlight beam which also ignores its opponent’s ability. Its own Ability, Shadow Shield, will make Lunala take less damage from attacks while his HP bar is full.

This edition’s region will consist of four natural islands and an artificial one, bustling with yet to know Pokémon! But not only their Pokémon are worth mentioning, as some of their inhabitants have also been revealed! 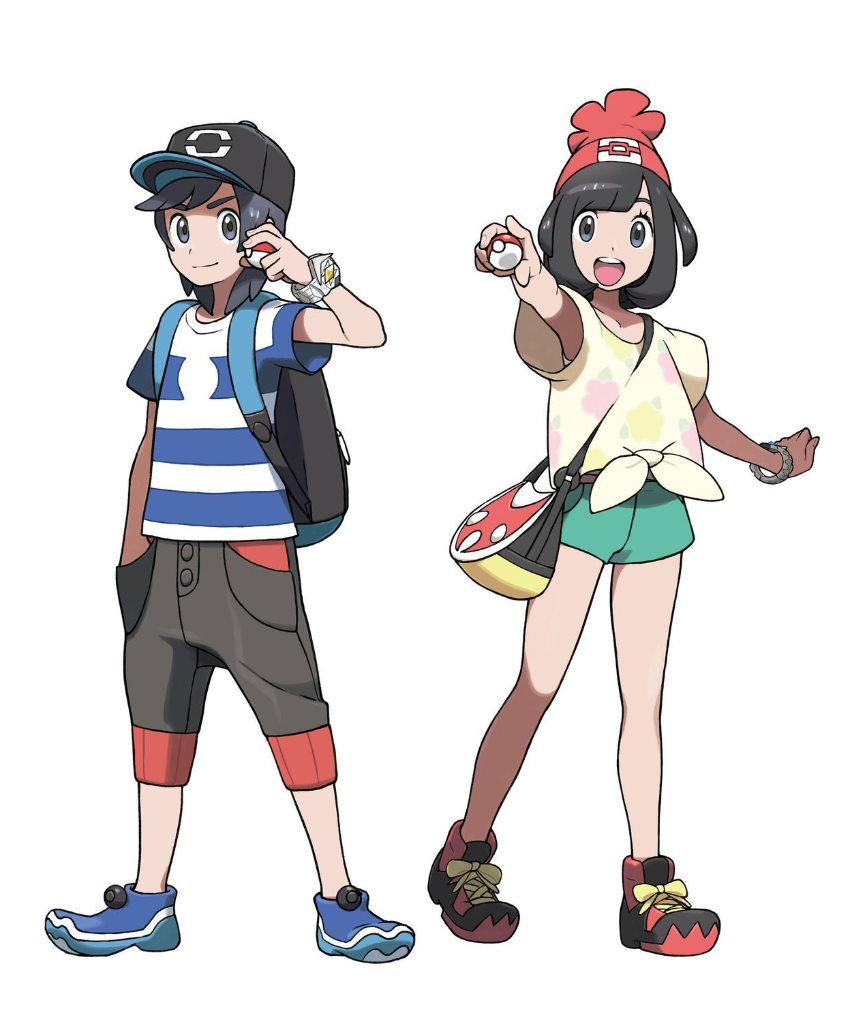 These are the artworks for the hero and heroine of the game, though their hair colour and skin tone can be customized as we already knew.

Pokémon Sun and Pokémon Moon will feature three other main characters in the story: Professor Kukui, a passionate Pokémon Professor who has even taken direct hits from Pokémon; Lillie, a mysterious bookworm who dislikes Pokémon battles and assists Kukui; and Hau, your glutton friend who loves Pokémon. While the three of them are likely going to appear throughout the story, Lillie is specifically mentioned to play an important role in the story. 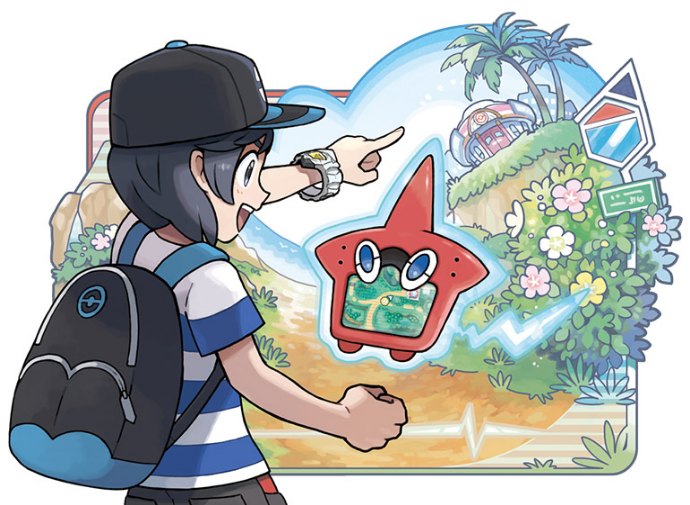 Trainer’s best tool, the Pokédex, is probably going to go through one of its most radical changes in its history: the Pokédex will be inhabited by a Rottom, the Pokémon known to be able to reside inside electronic devices. If you are one of the gamers who completely hate to have a companion telling you what to do, we may have bad news: this new Rottom Pokédex will give you advice depending on the conversations you have had with other NPCs. But hey, listen, it may not be as intrusive as in other games, right?
It has also been revealed that it will be able to read QR codes you find in your everyday routine such as in bottles. These codes will give you information about the Pokemon it corresponds, such as their habitat.

Which of these news makes you more expectant of the game? Is your hype growing bigger or is it still in the same spot? Tell us in the comments!