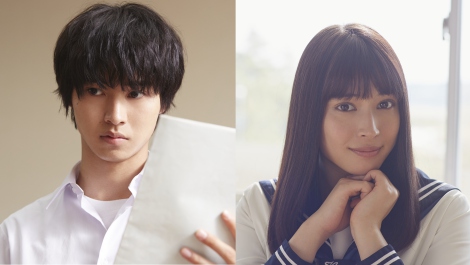 The movie producers’ favorite, Yamazaki Kento (22) and actress Hirose Alice (21) will be starring in the adaptation movie of the Japanese mystery novel, “Hyouka”.  This has been written by Yonezawa Honobu selling 2.5 million copies in total. This has also been adapted into an anime series under Kyoto Animation from April to September 2012. It consists 22 episodes.

The plot revolves around the protagonist, Oreki Hotaro (Yamazaki), who joined the Classic Literature Club at his sister’s request. Unknowingly, a 45-year-old mystery surrounds the club room. He needs to find the truth about it. Chitanda Eru (Hirose) is an energetic girl who joins the club. Despite of her academic abilities, she relies on Oreki’s reasoning abilities in order to solve the mysterious club that they have joined.

Yamazaki, who will be playing the  lead, comments: “The character from the story itself has a trait of being mysterious. Therefore, I would like to enjoy playing the role of Oreki. I would like to be careful in playing his role through my emotions and movement that I will convey.”

Hirose says: “It’s been a long time since I have worn a school uniform so I am really excited! Since the manga and anime has a huge impact to the audience. I have been asking the director for an advice about my character in order to portray her really well.”

This has been her third time to co-star with the popular actor. She mentions, “In a good sense, I do feel nervous. I think we will be able to portray our roles well since we have been together in other projects previously.”

The movie is set to be shown next year. Other casts who will be joining them are yet to be announced.