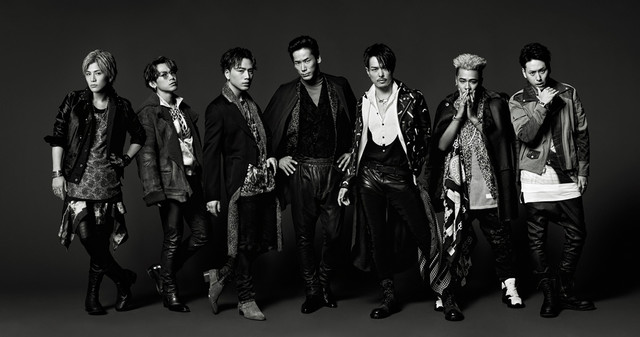 A few weeks ago, Shukan Bunshun dropped the bombshell that LDH and Burning Productions bribed the Japan Record Awards so that Sandaime J Soul Brothers would win the top prize for their song “Unfair World.” Several parties involved in the scandal denied what happened, despite the evidence proving otherwise.

One would think that such a scandal would create a media circus, but that has not been the case. In a November 4 blog post for Nikkei Business Online, entertainment writer Odajima Takashi reported that there has been no secondary coverage of the scandal. He explained in his piece that rumors of Japan Record Awards bribery have been circulating for years, “but this was the first time a related article was published with evidence, and I expected a lot of noise.” In the end, Shukan Bunshun’s bombshell “turned out to be a dud,” wrote Odajima.

Television completely ignored the bribery store. Odajima wrote that this happened because broadcasters are beholden to a handful of “dons” who head the country’s major talent agencies and control which stars are available for TV appearances. Odajima was confused that this corporate dynamic remains unchanged, even as the Japan Record Awards decline in significance.

Since the 1990s, an increasing number of popular artists have shown less interest in the award, and every year “the ceremony itself becomes increasingly insular, more irrelevant to viewers.” In his blog post, Odajima predicted that the Japan Record Awards will not last “10 more years, after all the dons are dead.”

Odajima continued, saying that he’s heard that the organizers of the award show are “struggling” just to find a winner this year, partially due to the scandal, but also because one of the unwritten conditions for receiving the award: the recipient must appear at the ceremony, which is broadcast live. Because of this stipulation, the show was moved a decade ago from December 31 to December 30.

Also, some of the biggest names in music don’t appear on television anymore. Three of the biggest songs this year have been by Utada Hikaru, Namie Amuro and RADWIMPS, none of whom have shown much interest in TV lately, so they probably won’t make the the Japan Record Awards’ shortlist.

The Japan Record Awards was launched in 1959 as the Japanese answer to The Grammys, using sales as the main selection criterion. Ratings peaked in 1977 at 51%, but by 2005 audience share had dropped to 10%. It rose a little after the live broadcast moved to December 30, but last year it was still only 13%.

Music consumption in Japan has become quite fragmented. There is no national consensus on the year’s “best song” as there was when everyone watched the same TV shows and adored the same musical acts. The late great Ohtaki Eiichi once told The Asahi Shimbun that in pop’s golden age “certain songs really represented entire years to the Japanese public.” Those days are long gone.

According to web magazine Litera, Burning Productions has exploited its considerable power to dominate the Japan Record Awards since the early 90s, when the award was no longer a big deal to the public and had merely become a promotional tool. At that time, television was still the main means for selling records, and every network had its own music publishing subsidiary.

As advertising revenue dried up, TV stations relied more on publishing to make up for the revenue loss. Television networks have been known to give money to record companies to cover the high costs of recording and promoting their musical acts in exchange for rights to those acts’ songs, which they would then use on their programs. The songs became hits due to TV exposure and, in turn, generated more money through secondary products such as ringtones and karaoke tracks. The TV stations would share in the profits.

Burning Productions and Avex are major beneficiaries of this system, since Avex controls many top artists and Burning has the nation’s best public relations resources. In addition, both companies oversee the song rights of their acts, such as Tetsuya Komuro, who was eventually arrested for fraud because he tried to sell rights he didn’t own. In order to increase sales, LDH sought Burning Productions’ help in winning the Grand Prix at the Japan Record Awards. Burning was simply providing a professional service, though one that isn’t known to the general public, since that would demean the prestige that comes along with winning the award.

At this point, perhaps no one really thinks that the Japan Record Awards acknowledge quality, maybe no one ever did, so to most people the LDH brirbery doesn’t count as a scandal. It’s just business as usual, and as such helps explain why the state of Japanese pop music, not to mention Japanese television, is as bad as it is.