The artist lineup for Coachella, arguably the most famous music festival of the year, has been revealed.

Among the large lineup of artists two native Japanese bands will be performing this year, X JAPAN and Otoboke Beaver. X JAPAN is no stranger to the American festival scene, previously they have performed at Lollapalooza. The legendary rockers will be performing on April 14th and 21st, the second days of the festival weekends.

They will be joining headliners Beyonce, Post Malone, alt-J, Tyler the Creator, HAIM, and Angel Olsen.

Otoboke Beaver is an indie band who formed in 2009. They uniquely describe themselves as “Japanese girls ‘knock out or pound cake’ band”. Honestly, same.

The girls are also no stranger to the American festival scene, they have previously appeared at the Texas festival SXSW. They caught a lot of attention with indie enthusiasts overseas last year with the release of their single Love Is Short.  Their performances will also take place on the second days of the festival.

Coachella will begin on April 13th, 2018. The full lineup can be seen below. 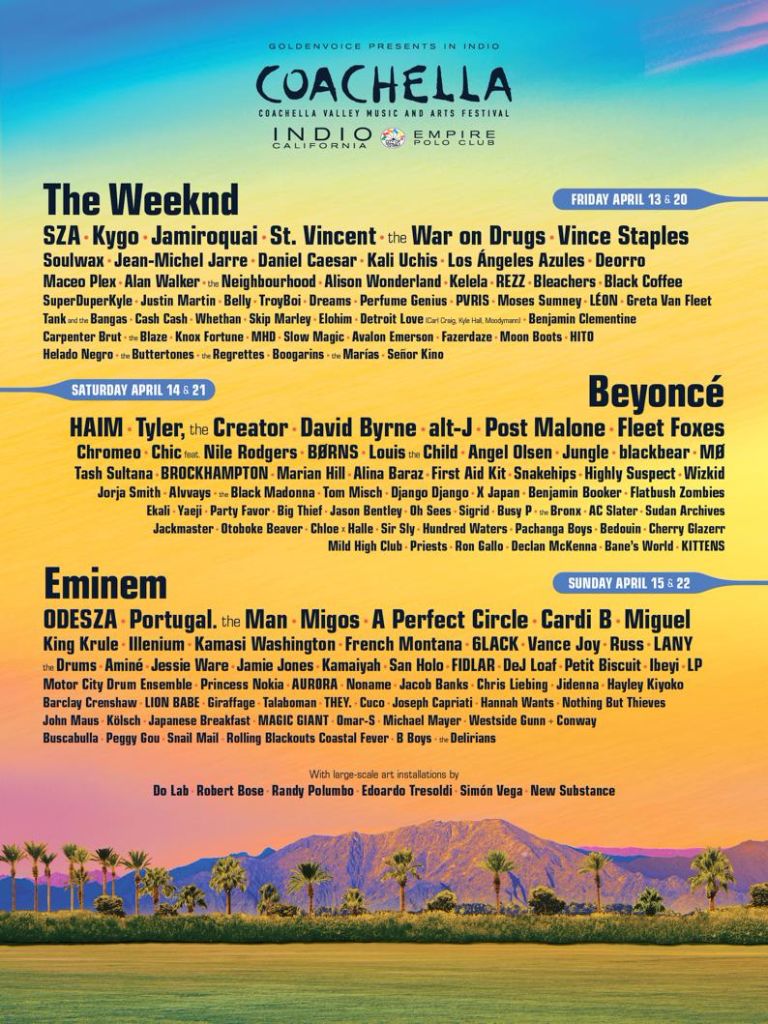