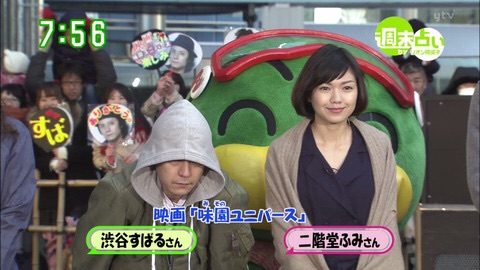 Having just released a successful number one single, Kanjani 8‘s Shibutani Subaru has been hitting several television programs to also promote his new movie  “Misono Universe” with co-star Nikaido Fumi. However, his appearance on one particular show has gathered a storm of criticism due to his unprofessional behavior and bad attitude. Shibutani’s behavior on the program can certainly put Sawajiri Erika‘s infamous “Betsu ni” comment to shame.

Shibutani appeared on the program “Zoom In!! Sunday” with a host of other guests. When appearing on variety, guests (especially idols) are expected to smile for the camera, look cheery and be extremely polite. Unfortunately, Shibutani exhibited none of those behaviors. When asked the question, “Which place buys the most chocolate during the year?” he simply displayed a perplexed expression. 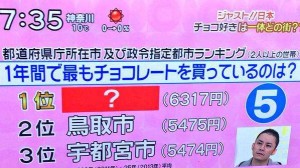 Shibutani also pulled his hood over his head when the guests headed outside, another act that was considered rude. 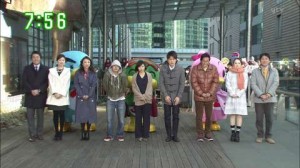 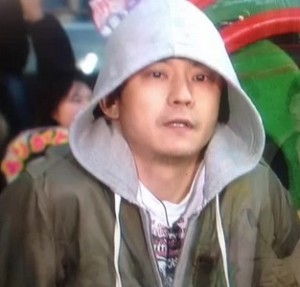 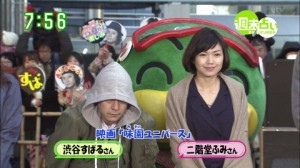 In addition, when seated in the studio, he slumped into the chair and folded his arms with a rather displeased facial expression. 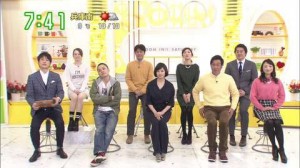 Viewers of the program and netizens alike were not happy with his behavior, and he got a firestorm of criticism.

The incident was also covered in newspapers: 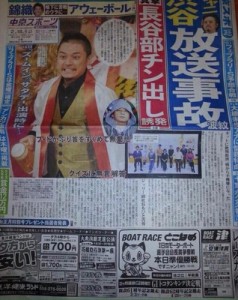 However, it seems that Shibutani has yet to issue an apology and hasn’t been forced to halt all of his activities because of the incident. Perhaps he will not suffer the same fate as other celebrities and idols before him for displaying the same poor behavior at public appearances.