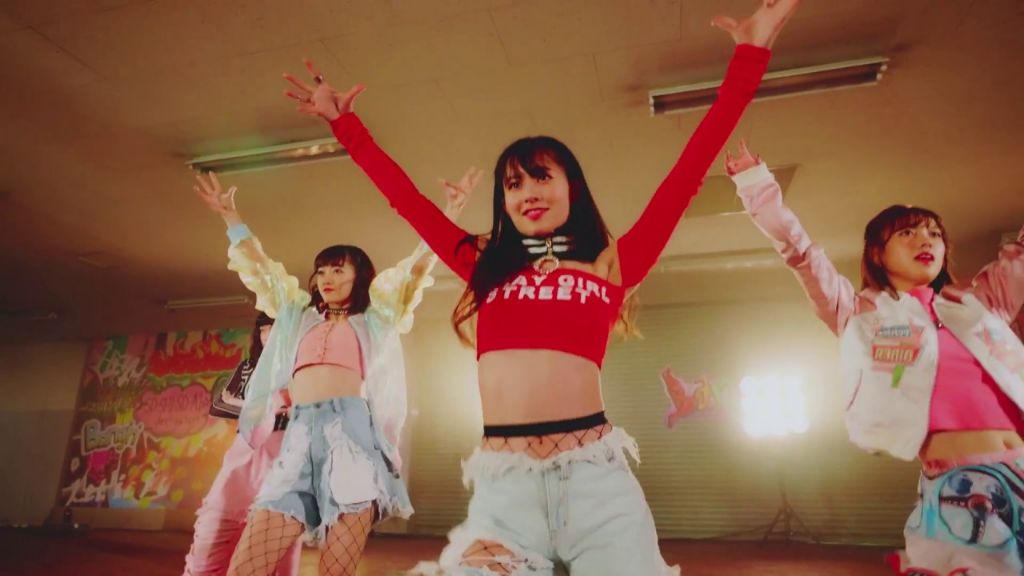 Girl group Fairies is back on the scene with “Bangin’“, a promotional song from their upcoming studio album “Jukebox”.

The song is currently serving as the ending theme for the FUJI TV television show “Nari Yuki Kaido Tabi”. Throughout the MV the girls perform a high energy dance routine while wearing flashy “streetwear” outfits.

“Jukebox” is Fairies second studio album overall. It will contain 14 tracks, including many of their past single releases such as “HEY HEY ~Light Me Up~”, “Synchronized ~Synchro~”, and “Koi no Roadshow”. Covers and tracklist can be seen here.

“Jukebox” will be released in Japan nationwide on June 20th, 2018. Watch the MV for “Bangin'” below!