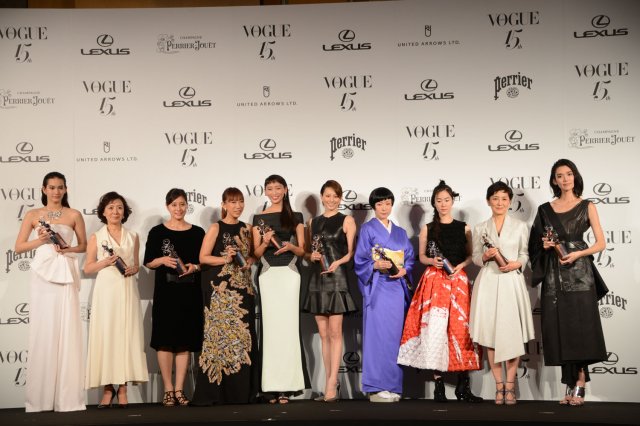 On December 1, at The Grand Hyatt Tokyo, Vogue Japan held a ceremony for its Women Of The Year 2014. Four women were given this honor. Because of Vogue Japan currently celebrating its 15th anniversary, they also decided to make a new special category: Women Of Our Time. This award honors women who have continued to shine throughout the years. Six women were given this honor. Find out who these lauded women are after the jump!

Women Of Our Times