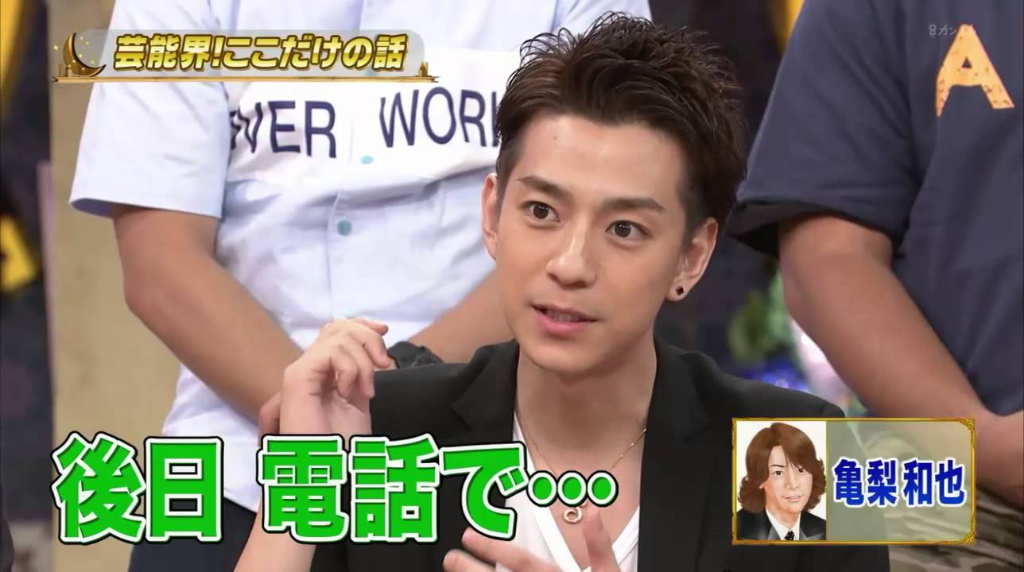 Miura and Kamenashi got along well after starring in Gokusen the Movie. During winter of a certain year, Kamenashi wore his Chrome Hearts jacket which costs “about 700,000 yen at that time.” Miura praised Kame, saying “It is cool”. Kamenashi says he had just bought it and won’t give it to him.

The two had a drink together and Miura thought “If he gets a little drunk, maybe I can have that jacket”. When they had a drink again at Kamenashi’s house, Miura asks “Kazu-nii (short for older brother Kazuya), I really want that jacket, can I wear it and bring it home? Already drunk, Kamenashi replies, “Okay, bring it home.”

Miura tried wearing the jacket, and it fits him perfectly. However, since Kamenashi was drunk, Miura returned it. At a later date, he called Kamenashi to confirm. Kamenashi says he cannot remember it but if he said it, then it’s considered given.

The jacket was only worn once by Kamenashi. This is not the first time Miura shared a story of Kamenashi or of his other friends in the entertainment circle, which includes Sato Takeru, Miura Haruma, Takaki Yuya, Shirota Yuu, Yamashita Tomohisa, among others.