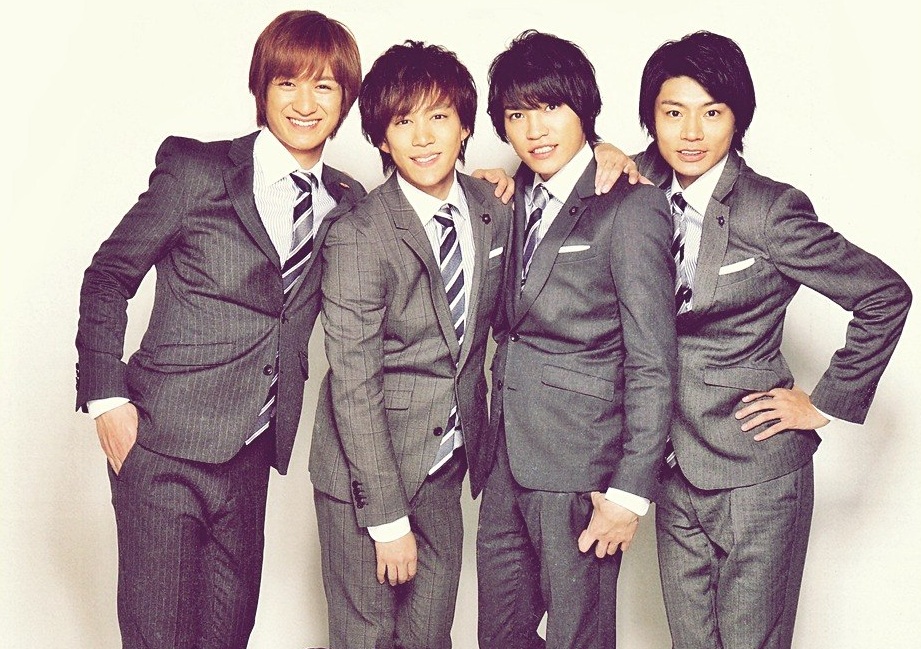 It seems that since the four members previously rarely seen members of Kis-My-Ft2 formed their own unit thanks to SMAP’s Nakai Masahiro, they are beginning to be seen as more than just “those four guys in the back.”

One event that signifies this is obviously the release and subsequent success of their first single, “Tana Kara Botamochi,” which managed to snag the #1 spot and even beat AKB48 in daily sales at one point. Recently, on an episode of Kis-My-Ft2’s variety show, “Kisumai Busaiku,” the four members for the first time in the history of the show managed to take all top four spots of the ranking. The challenge was to make a bento that would make their “girlfriend” happy.

Yoko Wataru, known on the show for his cooking skills, took the top, with Miyata, Nikaido and Senga taking the rest of the top four spots. As the Busaiki members were cleaning house on the challenge, the front three remained oddly silent, as Nikaido remarked: 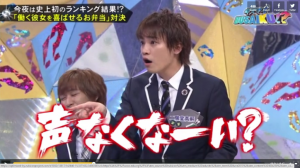 Needless to say, the front three were not amused: 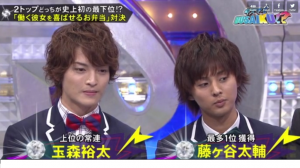 Tamamori Yuta get’s last place for the first time in the history of the show: 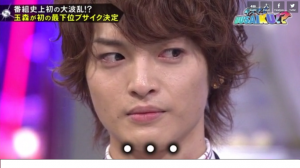 However, this one episode of the show is not the only proof of Busaiku’s growing relevance. For one, Senga Kento recently starred in a movie with Mizukawa Asami. Busaiku also have another single, which is also penned by Nakai Masahiro. The single is titled “てぃーてぃーてぃーてれって てれてぃてぃてぃ ～だれのケツ” (which I’m not even going to bother to type out in romaji). In addition, Japanese netizens have shown favor to Busaiku, as shown in this Girl’s Channel thread “Which Members of Busaiku do you Like More than the Mains?”

I am a fan of Kisumai but lately Busaiku have become more intersesting and I like them. Anyone else here who is the same?

I don’t really know, but the three in front are not ikemen. I like them more than those three, I guess?

I don’t really now them, but they are not ugly. Rather I feel like there are people that are actually better looking than the front three

Kitayama is an ikemen?

Various types of shade were thrown at the front three, but many agreed that real fans will support the group as whole. Many of the participants in the thread seemed to have simply become fans of Busaiku without having any previous interest in Kis-My-Ft2.

It can be safely said that Busaiku have now graduated from being just the faceless back dancers of Kis-My-Ft2, and have established a name for themselves, when previously, most people did not even know their names or faces. Perhaps now, Johnny’s will no longer use this separation strategy to promote groups?