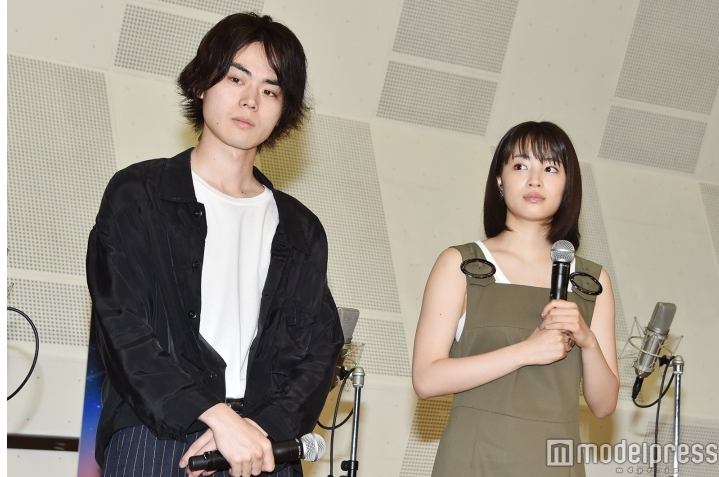 Japan’s hottest young actors Masaki Suda and Suzu Hirose attended a press conference for their upcoming film “Fireworks, Should We See It from the Side or the Bottom?”

The animated film is a remake of a television film of the same name originally released in 1993. The original plot takes place during an average summer day, a group of sixth grade boys are arguing whether or not fireworks are round or flat when viewed at a certain angle. They decide to go on a journey to answer the burning question. Additionally, one of their classmates is deeply troubled by the separation of her parents, so she decides to run away with one of the boys.

Both Suda and Suzu were ecstatic to be a part of this project, Suda in particular was a bit nervous during the audition since he doesn’t have much experience with voice acting work, but after getting his mind clear he nailed the audition. Suzu previously did voice acting work in the critically acclaimed film “The Boy and the Beast”.

Suda mentioned that he had to get into a different mindset for playing a character still in junior high. One of their co-stars Mamoru Miyano, joined in on the chat joking that at the age of 33 years old he’s still a junior high student. After wowing the press with a live script reading, the three actors chatted about the overall atmosphere of the project. Everyone worked together like a well oiled machine making the entire process super smooth.

“Fireworks, Should We See It from the Side or the Bottom?” will hit Japanese theaters on August 18th, 2017.

(all images via MODEL PRESS)
Posted by ARAMA! JAPAN