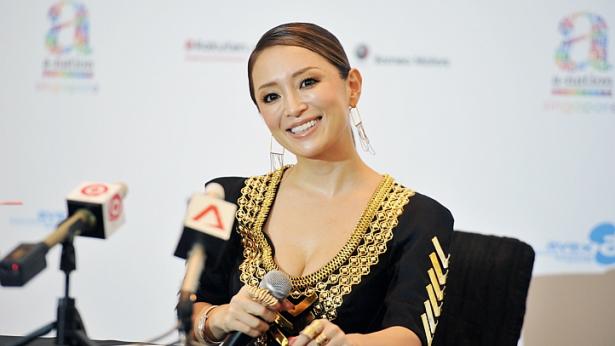 Music can be peaceful, bitter, playful, aggressive—but most of all it can be loud and hard on the ears. It’s not uncommon for professional musicians to lose their hearing and it’s easy to see why: it’s in their job description to be exposed to loud noise that leave the ears ringing.

Think about the best concert you ever attended. The music was immersing, and on the way back home you couldn’t manage to get that ringing out of your ears. Now imagine the stress a performance can put on the musicians themselves, wailing their hearts away while standing next to huge speakers blaring for hours at a time. Now imagine that multiple times a week for months on end during a nation-wide tour over many years.

Sometimes, artists sacrifice their own hearing to bless yours. Here is a non-exhaustive list of Japanese artists that have had hearing damage.

Inspiring this research, the news of Ayumi Hamasaki’s hearing damage is definitely one of the biggest stories this week.

During her concert tour 2000 Act 1, Ayu caught a cold accompanied by an ear infection. She was warned by her doctor that she needed to ease up her exposure to loud noises so her ear infection could heal, but she continued touring. Over time, her hearing in her left ear got worse and eventually became deaf as announced in a fanclub post in 2008. In May of 2017, she revealed that she has begun to lose hearing in her right ear after years of compensating for her left.

While celebrating her 10th year as a singer in 2011, singer Mika Nakashima was forced to stop all activities to focus on correcting a deterioration of her ears. Her ear condition, Patulous Eustachian tube, caused all sounds within her body to be amplified to her ears. After a 7 month hiatus, she returned to music.

Enka singer Ayako Fuji took a break from singing in 2010 because of suffering from sudden hearing loss due to overwork and stress.

In 2011, musician and singer-songwriter Shikao Suga suffered from sudden hearing loss in his right ear during a nationwide tour. He continued touring while fighting his hearing loss while detailing his battle on his blog. His ears improved but he continues to deal with tinnitus.

In September 2012, it was reported that Hiroji Miyamoto of the band Elephant Kashimashi stopped activity due to acute hearing loss in his left ear. After a year away from performing, he returned to great success at Hibiya Open-Air Concert Hall.

Due to the worsening hearing condition of both his ears from Sensorineural hearing loss caused by damage to the inner ear, rock singer Kyosuke Himuro retired from the music business in 2016. He currently lives in Los Angeles, California, where he purchased a palatial residence in Beverly Hills in 2004, which was previously owned by Shaquille O’Neal.

Singer Shoko Aida, one half of pop duo WINK has been suffering from hearing loss and tinnitus for over 20 years. Her sudden deafness was due to lack of sleep and stress. In 2008, she was diagnosed with Ménière’s disease, an inner ear disorder that causes episodes of vertigo.

Tooru Nishimura, who goes by his stage name Kyo, is a Japanese singer-songwriter and poet, best known as the front man and vocalist of the post-Visual Kei heavy metal band Dir en grey. During his group’s 00>>01 MACABRE Tour, Kyo became partially deaf in his left ear due to an Acute Acoustic Trauma in 2000.

Ichiro Yamaguchi is the vocalist, guitarist and songwriter for the Hokkaido rock band Sakanaction. He became deaf in the right ear after sudden hearing loss around the time of the release of SAKANACTION’s breakout hit “Aruku Around” in 2010.

Tackey & Tsubasa‘s Tsubasa Imai was diagnosed with Ménière’s disease and was hospitalized in November of 2014.
On Imai’s radio show, Takizawa Hideaki appeared as a stand in and reported that Imai suffered conditions such as dizziness and experienced difficulty standing up. Hideaki’s appearance on Imai’s radio show was apparently rushed and last minute as Imai’s condition suddenly deteriorated. Imai had also cancelled the broadcast that was to happen on October 30th.

Are there any other Japanese artists with hearing damage not listed here? Let us know in the comments.