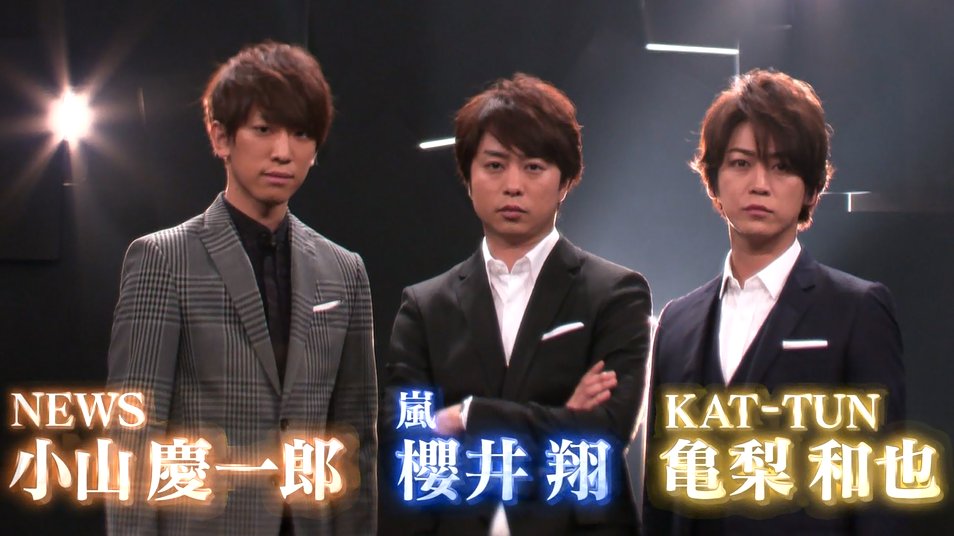 Arashi’s Sakurai Sho, KAT-TUN’s Kamenashi Kazuya and NEWS Koyama Keiichiro will be the main personalities for NTV’s annual “24hr Television” program. This was announced at the end of Arashi ni Shiyagare’s 3-hr SP this Saturday.

The three of them are program casters at NTV – Sakurai (NEWS ZERO), Kamenashi (Going! Sports & News), and Koyama (news every). Each of them has previously served as MC for the program with their groups, but this is the first time members of different groups were selected to host the charity program.

The theme of the program is “confession” and will broadcast on August 26 and 27. The program started from 1978 and will be running its 40th broadcast this year. More information about the program, such as the female personality, marathon runner and 24hr tv drama lead, will be announced later on.