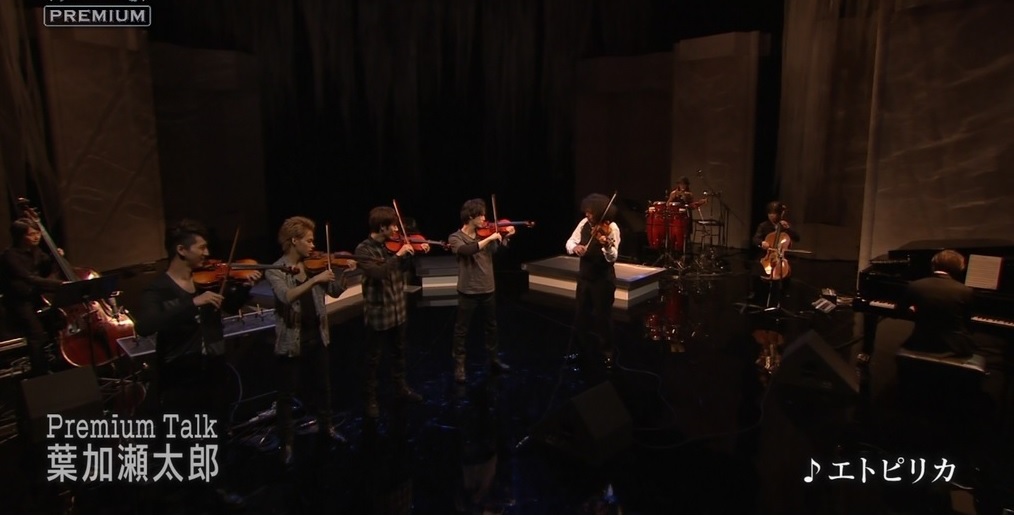 Since TOKIO’s Taichi Kokubun graduation from hosting Shounen Club Premium last April, the hosting duties have been passed on to KAT-TUN.  ‘Shounen Club Premium’ is a music variety/talk show that features special guests and collaborations, shown every third Wednesday of the month. Since the revamp too, every episode features a special KAT-TUN stage. In their latest episode, they welcomed V6 and violinist Taro Hakase.

Taro Hakase told the very surprised KAT-TUN that his violin is priced around 100 million yen during the TALK part before moving on to teach the members how to play the violin. After some failed attempts (Kame, actually) much to his amusement, they joined to perform a part of his beautiful song, Etupirka. For the violin collaboration stage, KAT-TUN performed a re-arranged Fumetsu no Scrum (with Junno’s tap dance and Nakamaru’s beatbox), as selected by Hakase and Yasashii Ame. 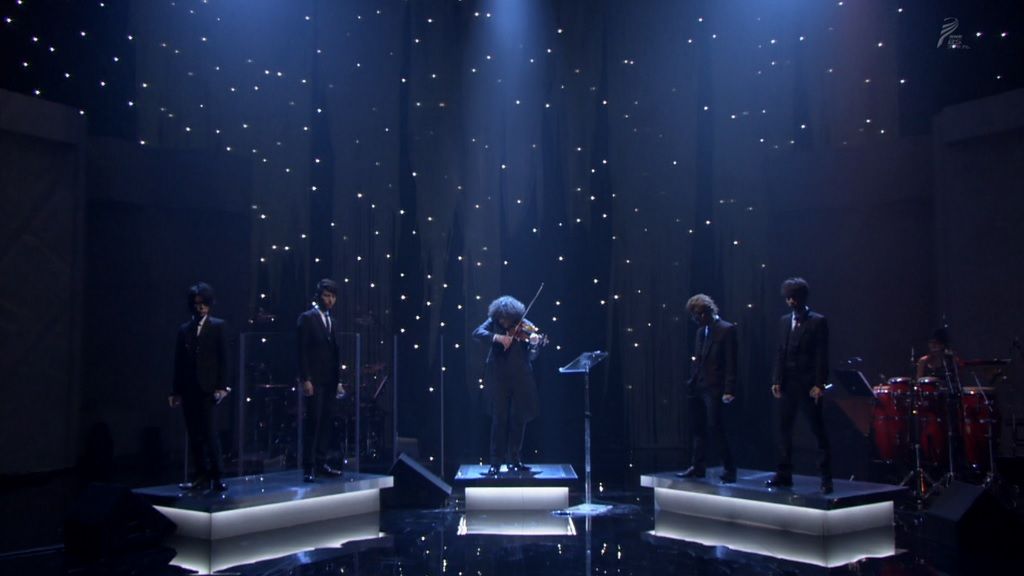 Other parts of the show (Talk with V6, V6 Live, Kame & Nakamaru trip)