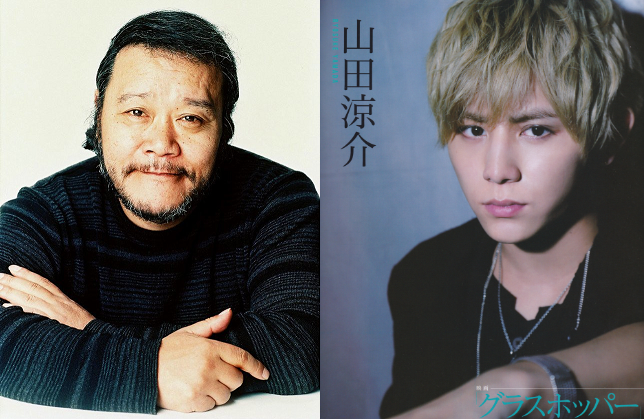 Before the “Fullmetal Alchemist” live action film hits the big screen in Winter December 2017, Yamada fans can look forward to another movie. Hey! Say! JUMP’s Yamada Ryosuke co-stars with Nishida Toshiyuki in the film adaptation of Higashino Keigo’s original novel “Namiya Zakkaten no Kiseki” (Miracles of the Namiya General Store). It tells the story of two people living in different eras (1980 and 2012) which will be connected by a letter, a story depicting human bonds and miracles.

The movie is set to be released in Autumn 2017. This is the first time for Yamada and Nishida to work together and to appear in Higashino’s work. The movie will be directed by Ryuichi Hiroki. Filming starts January 2017.

In the year 2012, three delinquents including Atsuya (Yamada) discover that their hideout, a run-off-the-mill general store, was owned by an elderly man who gave free advice to worried people through letters. Something weird happens during late hours of the night asnd Atsuya realizes that a letter will be thrown into the mailbox at midnight. It is a letter asking for advice addressed to the Namiya General Store written by a person 32 years ago. Incredibly, the mailbox was connected to the past, in the year 1980. While confused, Atsuya writes a reply in place of the shopkeeper. The group keeps replying as another letter is sent, then another.

As the structure of the story is complicated, Higashino points out that “It is possible in a novel, but it will be a challenge creatively. I am looking forward to seeing how it will turn out”. Director Ryuichi Hiroki comments “It’s a challenge for me as to how far I can draw the fantasy elements from the original work.”