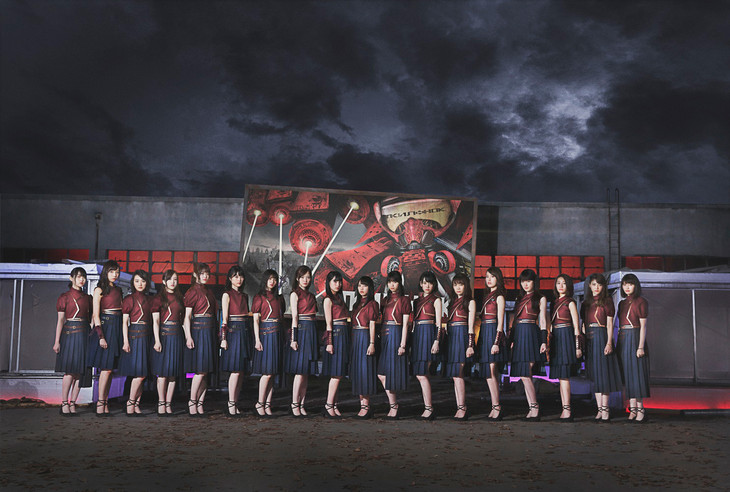 The blockbuster superhero film “Wonder Woman” is scheduled to hit Japanese theaters on August 25th, however the road to the premiere has been a bit bumpy. The trouble started back in December 2016 to March 2017. Early promotional spots starting to appear within Japanese media, and while they described Wonder Woman as being extremely powerful they made sure to note that she’s an “innocent” girl who knows nothing about men or love. This confused fans as they weren’t sure why that aspect of Wonder Woman was being empathized so much.

In Japan Wonder Woman isn’t quite as known as her other DC counterparts Superman and Batman, so this high profile film is basically “introducing” her to the general public. When it was announced that idol group Nogizaka46 would be providing the Japanese image song for the film, quite a few fans took issue with the song title itself. “Onna wa Hitori ja Nemurenai” translates to “A Woman Can’t Sleep Alone”

The upset Japanese Wonder Woman fans since they claim that the title alone is a big contradictory to her entire character, diminishing her powerful, strong, and independent personality. One netizen directly called out Yasushi Akimoto otherwise known as “Aki-p”, the mastermind behind the 48 and 46 family groups. They stated “The song’s guitar and strings are a good fit for Wonder Woman, so I really wish Akimoto had given it a proper title and lyrics.”, another fan chimed in saying “As someone who likes both Nogizaka46 and American comics, I’m really disappointed by the title and lyrics.”

Majority of the complains were targeted towards the song title and lyrics, while others felt a more “powerful” or “stronger” sounding song should have been selected to be the image song. Despite the lyrics being criticized, the MV for “Onna wa Hitori ja Nemurenai“ was met with praise. The lyrics to the song are as follows:

The searchlight shines on the steel beams of the construction site
What dream did they have for this city’s future?
A heavy love hangs on the rooftop crane
Where will it be carried to?

Even if I turn my eyes above, darkness is all there is
The only flashes of light are beyond that

A woman can’t always sleep by herself (love gets in the way)
What should I do?
My feeling are stirring, and I can’t sleep (something in my heart is crying out)
I’m not not not lonely. I want to be with someone

A siren calls out as dawn come to the street corner
What have I given up on since yesterday?
The warmth that came from my stubborn beliefs
Is laughing with my cold bedsheets

Even if I try to stop it, things end up the same
I’m shackled by my foolish love

Some day, a woman can sleep alone (once she stops dreaming)
Until then, she sleeps with her eyes open (this world is just an illusion)
I’m not not not lonely. And I don’t cry

Do you think some fans are overreacting at the song choice, or is it a really poor fit for the “Wonder Woman” movie?