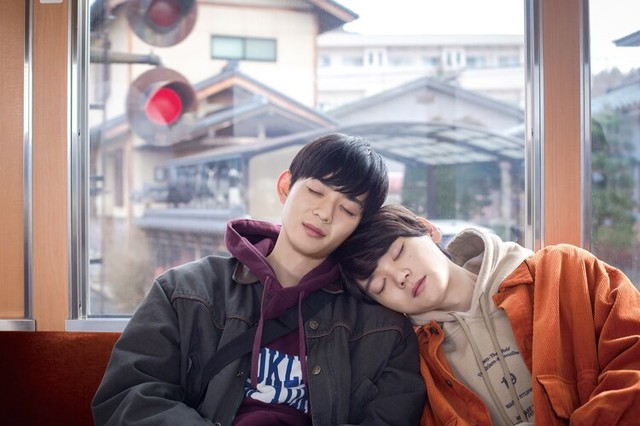 A brand new trailer for the upcoming film “Restart wa Tadaima no Atode” has been released. The film is based off of the manga of the same name by Cocomi, originally released in January, 2019.

Yuki Furukawa and Ryo Ryusei will be taking on the lead roles as Mitsuomi Kozuka and Yamato Kumai respectively. One day Kozuka decides to quit his job due to constant conflict with his boss. He decides to lay low for a bit and leaves the city to return to his home town, it’s been a decade since he originally left.

While back home Kozuka meets Yamato Kumai, who is the stepson of a well known local “old man Kumai”. Kumai’s step father owns a farm that just so happens to be near Kozuka’s parents house. The two become quick friends and spend tons of time together.

The more they spend time together, the more Kozuka starts harboring feelings for Kumai. One night during a sleepover, he decides to kiss Kumai and things get a little complicated.

“Restart wa Tadaima no Atode” will be released nationwide in Japan on September 4th, 2020.