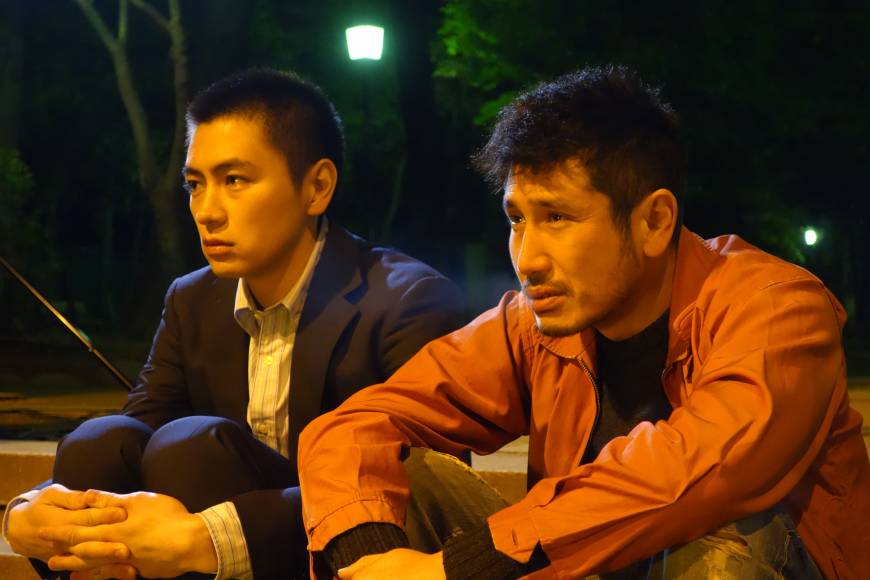 As any international fan of Japanese media can attest to, there isn’t really much of a focus on exporting content to the rest of the world. The Japan Times recently took a look at this issue in regards to the film industry. A total of 615 Japanese films were released last year, but these films don’t often find their way to the West. They do have a better chance in the Asian market, but when these films are released, they’re not a big deal and the profits are small.

At this past October’s Tokyo International Film Festival, a panel discussion was held about how to fix this issue. The speakers on this panel were British distributor/producer Adam Torel, sales agent/publicist Miyuki Takamatsu, and Cool Japan Fund executive Nobuhiro Nagai. Japan Times writer Mark Schilling sat in on this talk. He found that there was a distance between the first two speakers and the last.

Torel, who founded a DVD distribution company and now produces films (including the one picture above, “Gesu no Ai”) complained about the incompetence of Cool Japan and JLOP+, a related initiative that also aims to spread Japanese pop culture internationally. In addition to distributing Japanese films, he also distributes Korean ones. He spoke of how the process in South Korea is easier, since the government and the film industry support such endeavors. He also said that because the cost of films can be recouped in Japan, that there isn’t a focus on the international market.

Takamatsu then spoke up about why this practice is short-sighted and ultimately perilous: Japan’s population is aging and shrinking, which in affect will cause the domestic market to do the same, resulting in less profits. How to remedy this issue? International expansion.

The duo then took on the more commercial Japanese films that are released today. They spoke of how the films are too predictable and out of touch with the outside world. Torel and Takamatsu spoke of how television networks produce films for theaters that are more akin to the dramas they regularly produce than actual films. The films are full of idols who are cast for their domestic appeal as opposed to their actual talent (an issue that Furukawa Yuki spoke of at the same festival in an interview with The Hollywood Reporter). There’s also an aversion to risk, with the industry making films that are sure bets as opposed to developing new content for films. These issues with current Japanese films leaves foreign buyers unimpressed, limiting the potential for Japanese films to spread globally.

Takamatsu has tried to explain to film companies before that they must change their thinking and view overseas markets as an investment, but they fail to grasp his vision.

For this part, Cool Japan’s Nagai gave a stiff, business-like presentation which featured PowerPoint slides. There were plenty of bullet points and charts, but few actual proposals. He did take in what Torel and Takamatsu had to say though. He thanked them and the audience for allowing him to speak that night, saying that it will help him in his future Cool Japan work.

Schilling believes that this is not enough though. Actual strategies need to be created and they must have the resources to implement them. More needs to be done that just giving a speech and a PowerPoint presentation. JLOP+ is reported to have a budget of ¥6 billion, but Torel notes that the initiative has basically run its course and most of the money hasn’t been spent.