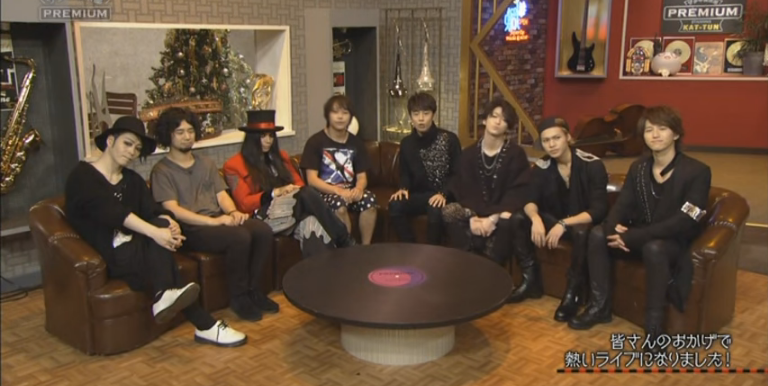 KAT-TUN performed a rock medley during the latest NHK Shounen Club Premium episode which aired on December 16 . The “KAT-TUN Premium Show” segment features a “Let’s have a Band” Collaboration with Miya from MUCC, Yoshimitsu Taki from 9mm Parabellum Bullet, KenKen from RIZE, LIFE IS GROOVE and Pierre Nakano from Ling Tosite Sigure.

Recording for the show was done last December 1. Prior and after the show, the band members have posted several backstage pictures and shared tweets on social media. Some of the pictures can be seen below.

For the session, KAT-TUN sang DON’T U EVER STOP, BABY B MINE and FIRE and ICE. Catch the group’s latest collaboration below.