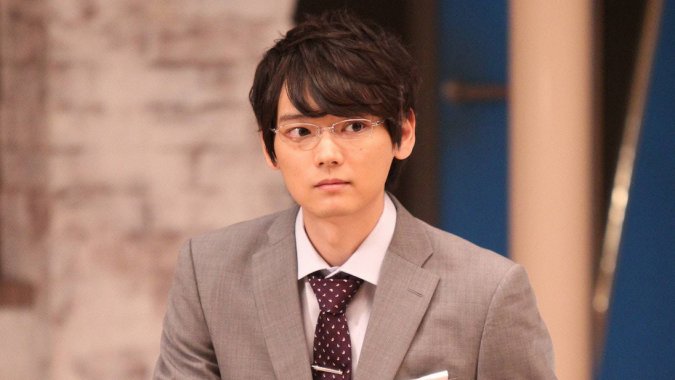 Furukawa Yuki currently stars in the new Fuji TV drama “5→9 ~Watashi ni Koi Shita Ikemen Sugiru Obousan~”, along side Ishihara Satomi and Yamashita Tomohisa. His new film “Lychee Hikari Club” recently debuted at The Busan International Film Festival. His looks have enabled him to rise in the Japanese movie and television industries, but he also has studied acting, in addition to being a graduate of Keio University’s science program. With an ability to speak English and an international outlook, he made a presentation in English earlier this week at The Tokyo International Film Festival. After his presenation, Yuki sat down with noted American entertainment magazine The Hollywood Reporter to discuss the acting scene in Japan. He had some good and bad things to say.

Models, tv personalities, and musicians, particularly members of idol groups, are cast in projects regularly even though their acting ability isn’t up to par. “Japanese audiences watch dramas because they want to see the people in it, and because they like the manga or anime they’re often based on, not because of the quality of the story,” Yuki stated. “It’s fun for audiences to get to see musicians they like, even though many of them can’t act.”

Having grown up in Canada and the US and studied method acting, he noted that things are different in the American industry because people actually study acting there.

He also says that the sourcing of manga and anime for film and tv projects has its ups and downs. The large amount of available manga and anime content with a unique Japanese flair helps projects succeed because of a large fanbase that is already established for that content. However, the preference for this content that already has a built-in fanbase stifles the opportunities for original content for film and television.

The popularity of manga and anime in Asia can help these related film and television projects succeed in the region, but this doesn’t work in the US. New American projects are made based on manga and anime instead of actually showing the original movies based on that content (Thomas did a post on this practice recently).

Yuki found fame in China last year after his drama “Itazura na Kiss ~ Love in TOKYO” was aired there. He has a over a million followers on the Chinese social media platform Weibo. This led to him starring in the joint Japanese / Chinese drama “Mysterious Summer.” “Itazura na Kiss ~ Love in TOKYO” is based on a manga, just like “5→9 ~Watashi ni Koi Shita Ikemen Sugiru Obousan~” and “Lychee Hikari Club.”

Despite his Chinese success and acting with London’s acclaimed  Royal Shakespeare Company, Yuki is trying to establish himself in Japan. “Nobody in Japan cares if you’re successful overseas, unless you’re already established here,” he says. He longs to win a major Japanese acting award.