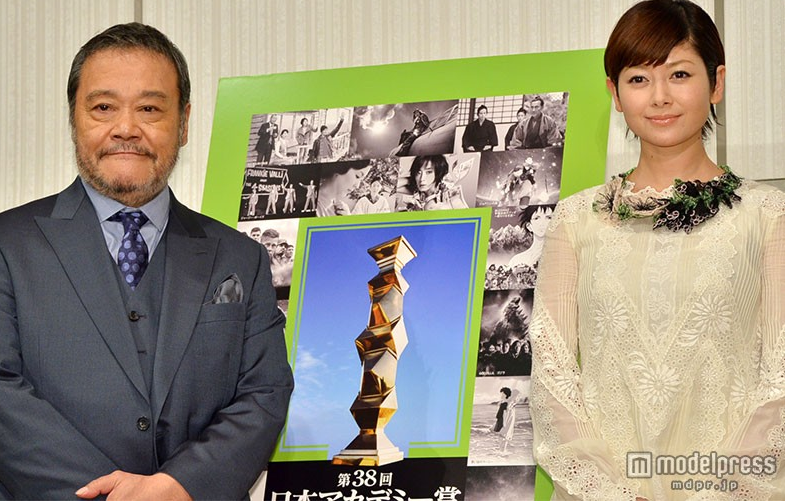 Previously in Johnny’s office, SMAP‘s Kimura Takuya has declined a nomination in 2006 for his performance in “Love and Honor” under Japan Academy Prize. It was due to the agency’s policy that they “don’t participate in this prize race” because “superiority or inferiority should not be attached to a talent”. Furthermore, Okada and Kimura both declined a nomination back in 2007 under Blue Ribbon Awards. (Ikuta Toma accepted and won Blue Ribbon Best Newcomer award in 2011)

This time too, Okada accepted the nomination. At the venue, a statement from the agency was read “Okada has appeared in 20 movies up until now, and it is not an exaggeration to say that he grew as an actor from movies. Okada accepted the award for Hochi Film Awards and Nikkan Sports Movie Awards last year. When the notice from Japan Academy Award Prize was received, his schedule was adjusted so he can attend the ceremony.”

In regards to this, Japan Academy Association’s Secretary General Tomiyama Shogo said that he is very pleased that a new door has opened.

Nominees for the Grand Prize for 15 categories were announced during the conference. The 38th Japan Academy Awards ceremony will be held in Tokyo on February 27 at Grand Prince Hotel and will be broadcasted in NTV. Actor Nishida Toshiyuki and actress Maki Yoko will serve as hosts for the ceremony.

Picture of the Year

Animation of the Year

Director of the Year

Screenplay of the Year:

Outstanding Performance by an Actor in a Leading Role:

Outstanding Performance by an Actress in a Leading Role:

Outstanding Performance by an Actor in a Supporting Role:

Outstanding Performance by an Actress in a Supporting Role:

Newcomer of the Year: