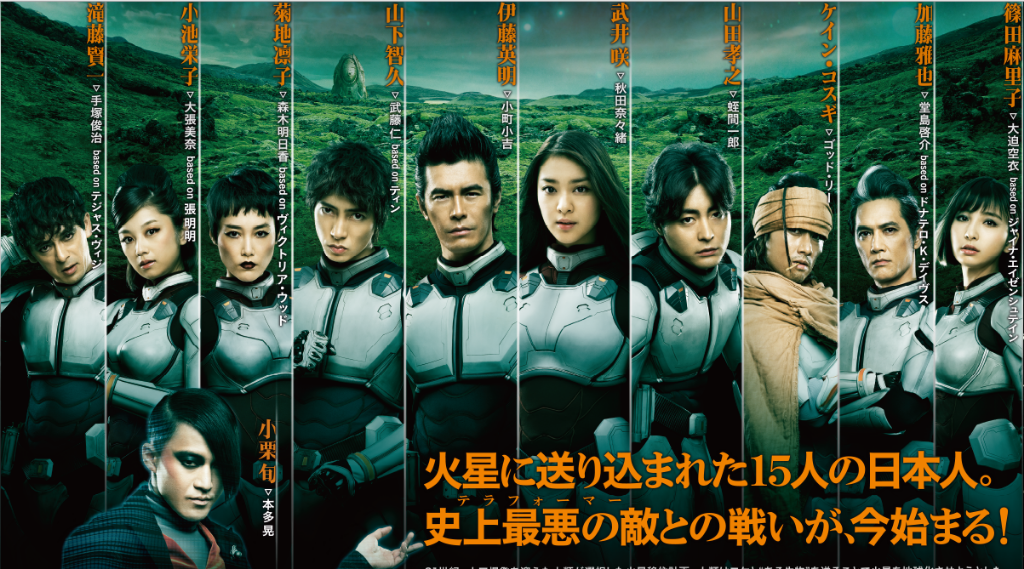 Takashii Mike’s live action film adaptation “Terraformars” has recently released its visuals and a short trailer. The movie will open on April 29, 2016, during the Golden Week holidays.

The trailer introduces its star-studded cast and gives a peek of its set, shot in Iceland. The trailer also ends with a surprising scene. Check out the video below.

In the year 2599, facing overpopulation, the Earth decides on a plan to terraform Mars. With this, 15 unwitting Japanese people have been sent to Mars to exterminate an evolved lifeform. A poster was also released, showing the main cast wearing their spacesuit costumes, and its tagline reads “we will survive.” 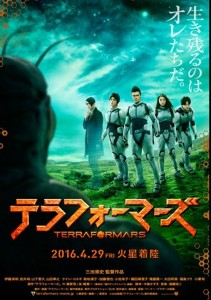