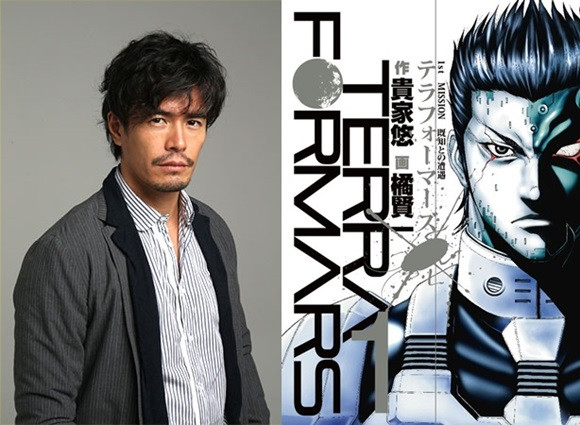 Following the announcement that Ito Hideaki will play as the protagonist Komachi Shokichi in the live action film adaptation of Tachibana Kenichi and Sasuga Yu’s sci-fi action manga series Terraformars, the 12 cast for the other characters have also been revealed. It is also confirmed that most of the non-Japanese characters’ nationalities are changed to Japanese.

The movie adapts the Bugs 2 arc from the manga’s first volume. The Takashi Miike-directed film will be also filmed in Iceland this August, where never been used for Japanese live-action films before, and is scheduled to finish its shooting in February 2016. It It will be distributed by Warner Brothers Japan (Death Note, Rurouni Kenshin) in the Golden Week holiday of 2016.

Check out the announced cast below: 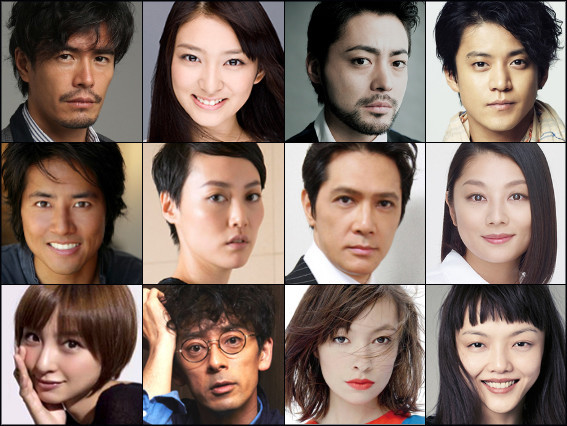 Takei Emi as Akita Nanao
Yamashita Tomohisa as Mito Jin (based on Thien)
Yamada Takayuki as Hiruma Ichiro
Oguri Shun as Honda Kou
Kosugi Kane as God Lee
Kikuchi Rinko as Moriki Asuka (based on Victoria Wood)
Kato Masaya as Doujima Keisuke (based on Donatello K. Davis)
Koike Eiko as Ohbari Mina (based on Zhang Ming-Ming)
Shinoda Mariko as Ohsako Ai (based on Jaina Eisenstein)
Takitou Kenichi as Tezuka Shunji (based on Tejas Viji)
Ohta Rina as Renjo Maria (based on Maria Viren)
Fukushima Rila as Sakakibara (original character for the film)