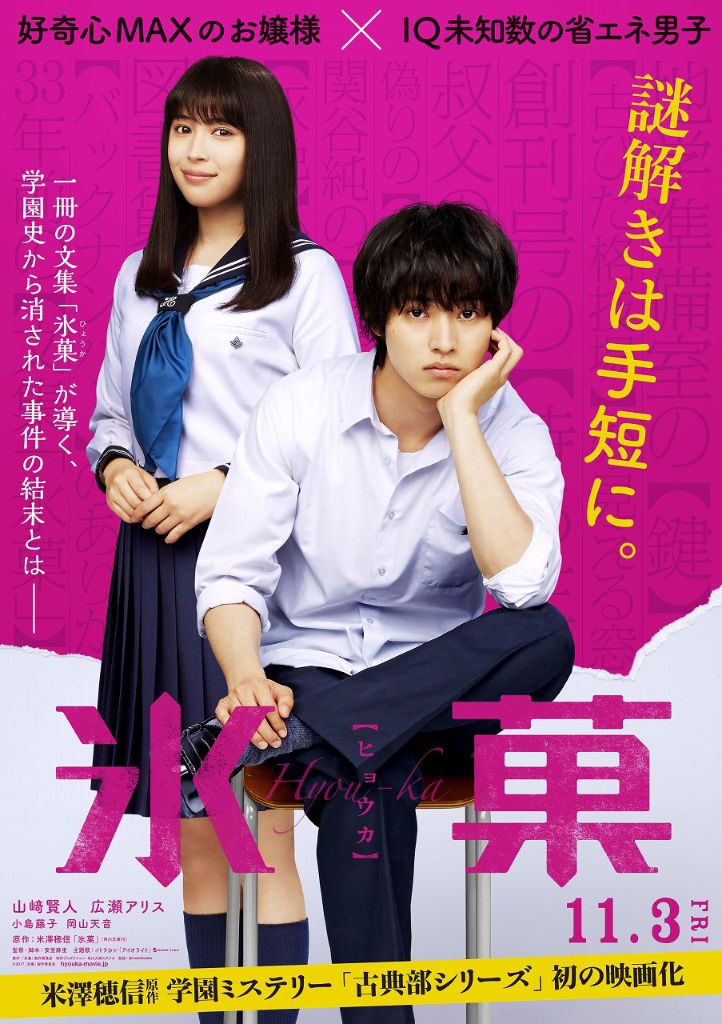 Based on the 2001 youth mystery novel “Hyouka” by Honobu Yonezawa, the story follows high school freshman Hotaro Oreki (Kento Yamazaki) who meets Eru Chitanda (Alice Hirose) after joining the Classic Literature Club. They come across the Hyouka anthology, the official publication of the club published 33 years ago, and begin to reveal the truth behind the club and the mystery of their school festival.

Yamazaki and Hirose will be joined by Fujiko Kojima as Mayaka Ibara and Amane Okayama as Satoshi Fukube.

The teaser features the song “iolite” from pop-rock duo ITOWOKASHI, which will be used as the film’s theme.

“Hyouka: Forbidden Secrets” will be released to theaters November 3.