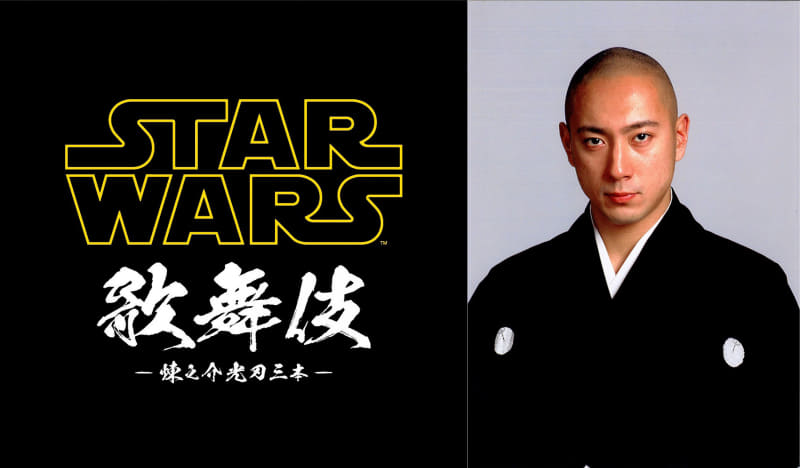 The popular franchise “Star Wars” is about to get a historical twist! A special “Kabuki” rendition of the story, appropriately titled “Star Wars Kabuki“, will be making it’s debut in Japan at the end of November.

Kabuki is a classical dance-drama, world renowned for it’s elaborate and distinct makeup and costumes. Ichikawa Ebizo will play one of the major roles as the character “Kylo Ren”, Ichikawa is also responsible for supervising the entire production.

The main themes of the production will revolve around family, and the ups and downs associated with it, love and loss. Kylo Ren is the son of the heroes Han Solo and Princess Leia, he’s also trained as a jedi by his equally heroic uncle Luke Skywalker. Unfortunately, he’s tempted to the dark side as he wishes to be as powerful as his grandfather Darth Vader.

“Star Wars Kabuki” was created in celebration of the upcoming Star Wars film “Star Wars: The Rise of Skywalker” due out for release in December 2019.

Fans wanting to see this performance have a very tight schedule, it will happen on November 28th, 2019 in Tokyo, and that’s it! Only one performance is planned to be held. It’s currently unknown if “Star Wars Kabuki” will be filmed for a commercial release.