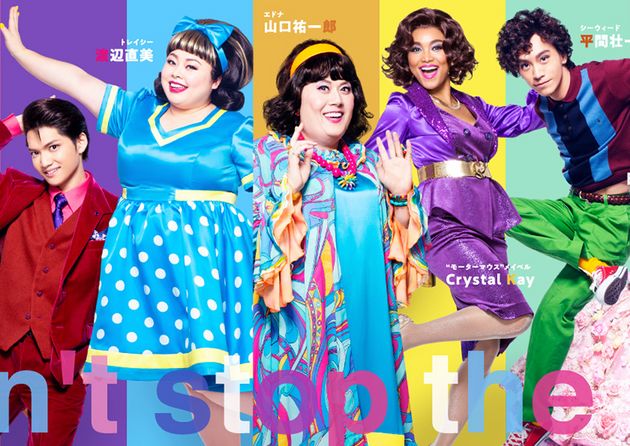 Visuals for the Japanese version of the iconic film and Broadway musical “Hairspray” have been released! Playing the lead role of “Tracy Turnblad” is none other than comedian Naomi Watanabe.

Originally released in 1988 as a film, “Hairspray” follows Tracy Turnblad, an optimistic and cheery teenager who dreams of appearing on a popular Baltimore based teenage dance show. Despite having a homely appearance and being overweight, she successfully passes the audition due to her great dancing skills.

While facing many dumps along the road, Tracy uses her newly found fame to help promote racial integration in her prejudice town.

“Hairspray” features many black characters in the cast, and since this is a Japanese production naturally many of those characters would be played by actors not of black decent. A special message was posted on the website for “Hairspray” condemning the use of “black face” makeup, stating that none of their actors in the production will be using it.