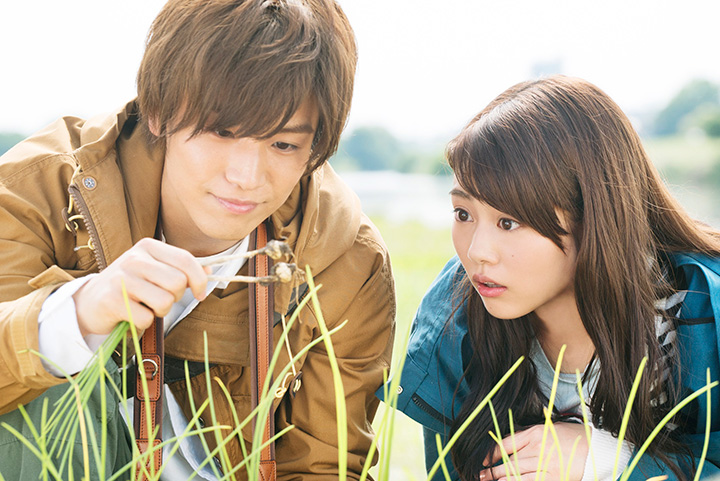 Full trailer for the movie ‘Shokubutsu Zukan – Unmei no Koi, Hiroimashita‘ starring Mitsuki Takahata and Takanori Iwata (from Sandaime J Soul Brothers from Exile tribe) has just been released together with a new poster.  This Arikawa Hiro‘s  romantic novel adaptation directed by Kouichiro Miki is heading to cinemas in June. Check them both after the jump!

The trailer kicks off with the first encounter of Sayaka (Takahata) and Itsuki (Iwata) and features a set of cute scenes of the couple living together. We can catch a glimpse of the potential love rival of our heroine, played by model Hana Imai (of ‘TERRACE HOUSE’ fame). Just when Sayaka realizes her feelings towards Itsuki, the boy dissapears. What is Itsuki’s secret? Why has he appeared in front of Sayaka six months ago and why he has to go? The main theme of the movie is Juju‘s ‘Yasashisa de afureru you ni’ covered by Flower (from the EXILE family) and the song fits perfectly to the dramatic storyline.

New poster featuring the ‘Shokubutsu’ couple “almost” sharing a kiss was revealed together with the trailer. The caption says: Can I fall for you if the only thing I know about you is your name? 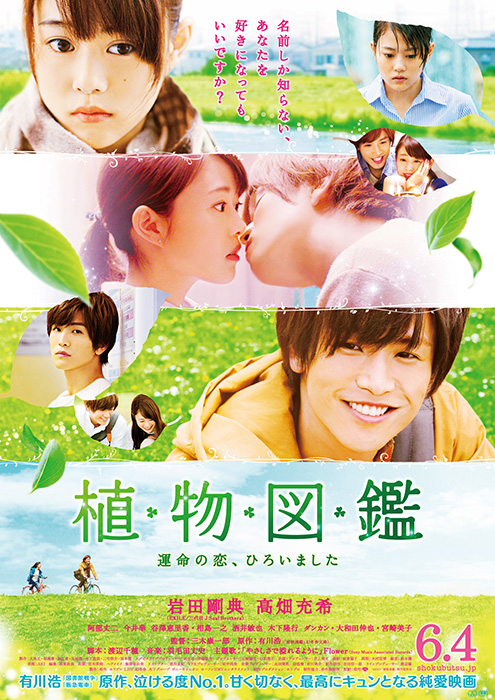