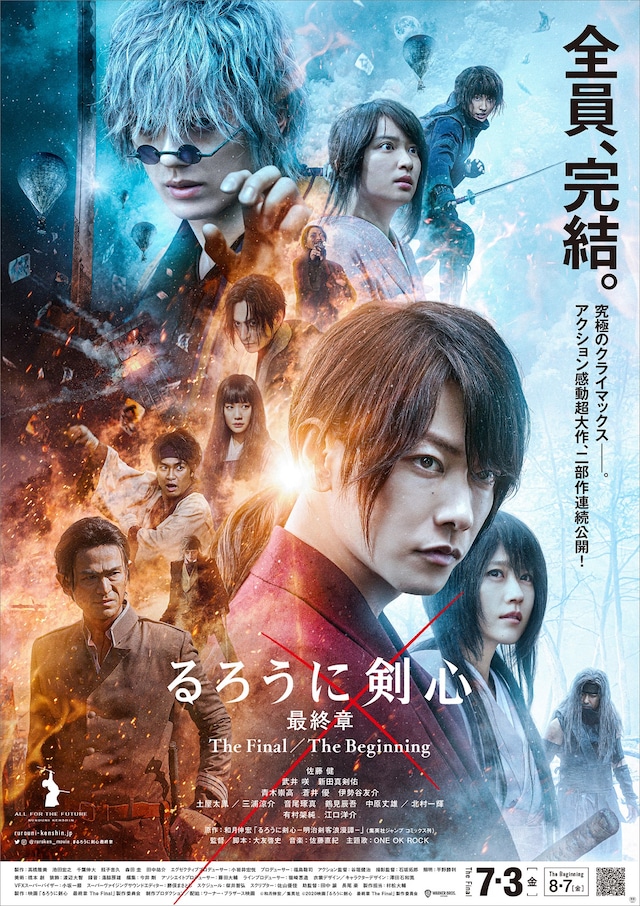 It has been revealed that ONE OK ROCK will be proving the theme song for the upcoming films “Rurouni Kenshin: The Final/The Beginning“. These films will serve as the latest installments of the live-action films based off of the popular manga series “Rurouni Kenshin” by Nobuhiro Watsuki.

ONE OK ROCK has a history with these films, as they provided the theme song for the very first live-action film, 2012’s self titled “Rurouni Kenshin”. In the films Takeru Satoh will reprise his role as Kenshin Hamura.

In “The Final” Kenshin is living a peaceful life now that the Meiji era is restored. He lives with Kaoru Kamiya (Emi Takei) who helps run a swordsman training academy in their village. One day Kenshin’s favorite restaurant is burned to the ground, among the ruins is a mysterious note that reads “Junchou”.

In “The Beginning” Kenshin goes to the mysterious underworld of China, where he faces off against a weapons dealer known as “Enishi”.