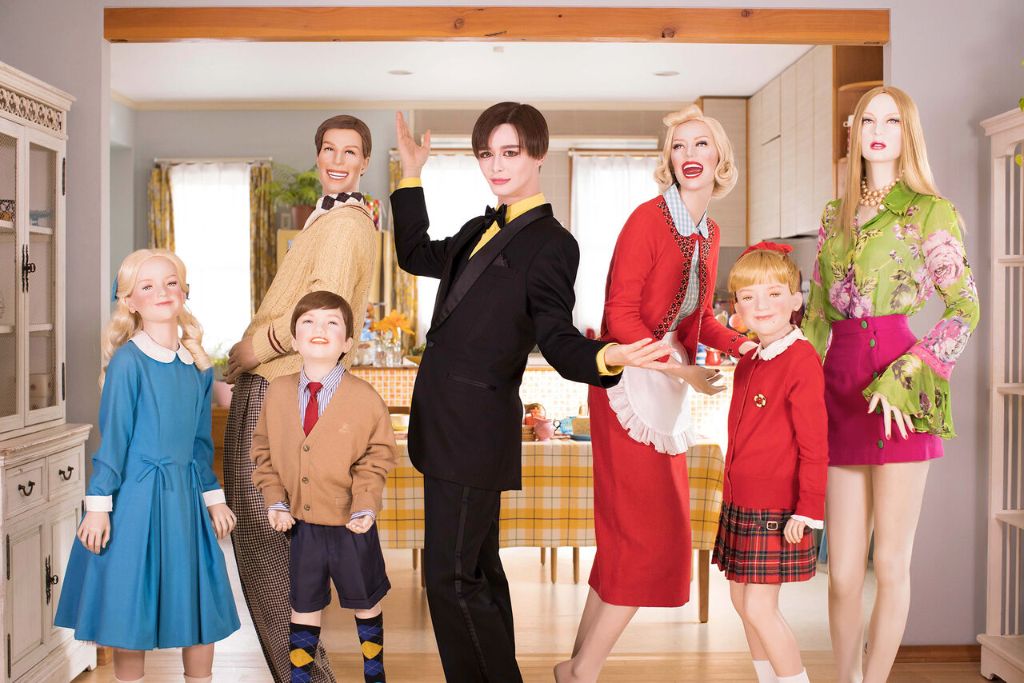 Citizen of earth Matt Kuwata is the new face for Mouse Computer‘s latest web CM campaign. Matt is joined by the mannequin family The Fuccons, also known as “Oh! Mikey”.

The Fuccons is a series of comedy sketches created by performance artist Yoshimasa Ishibashi. It follows a family of American expatriates living in Japan, every member of the family is played by a mannequin. The series gained a cult following overseas, and even aired in The United States on the G4 network and Anime network.

In the CMs Matt is seen interacting with The Fuccons in their home, promoting the various products Mouse Computers offers including high-end laptops, desktops, and virtual reality accessories. Matt is portrays the older brother of the character Mikey, the resemblance is uncanny!

When asked about filming the CMs Matt revealed that it was a little difficult not being able to blink. One method he used while filming his scenes was to close his eyes for a bit, and then open them right when the camera was turned on and began filming. In the opening music, Matt provided support by playing soprano saxophone. A many of many talents, he’s also trained with the Piano.