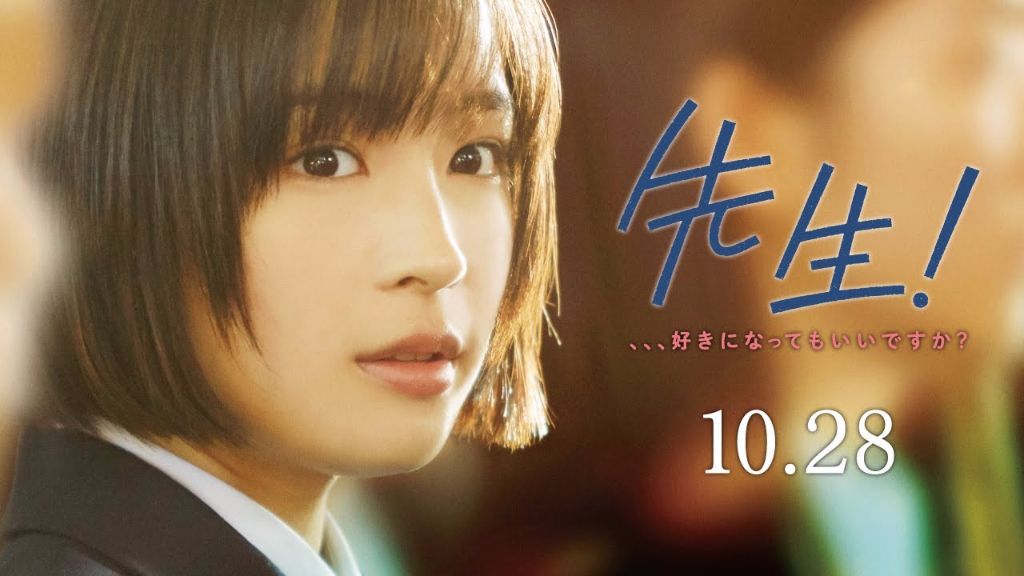 The official website for the live-action film adaptation of Kazune Kawahara’s “Sensei!” manga has begun streaming a brand new trailer featuring the theme song “Uta Usagi” from the band SPITZ.

In the film, Hibiki Shimada (Hirose) is a student with a crush on her world history teacher Kosaku Ito (Ikuta), who appears to be serious and has a love for teaching. Hibiki comes across his kindness, and being young and naive, she is honest to her teacher about her feelings as she falls in love for the first time.

The movie is directed by Takahiro Miki, known for romance films including “Bokura ga Ita” Part 1 (2012), “Hidamari no Kanojo” (2013), “Ao Haru Ride” (2014), and “Aozora Yell” (2016). The scriptwriter is Mari Okada, who has written for various animated works including “Anohana” and “Kokoro ga Sakebitagatterunda.” 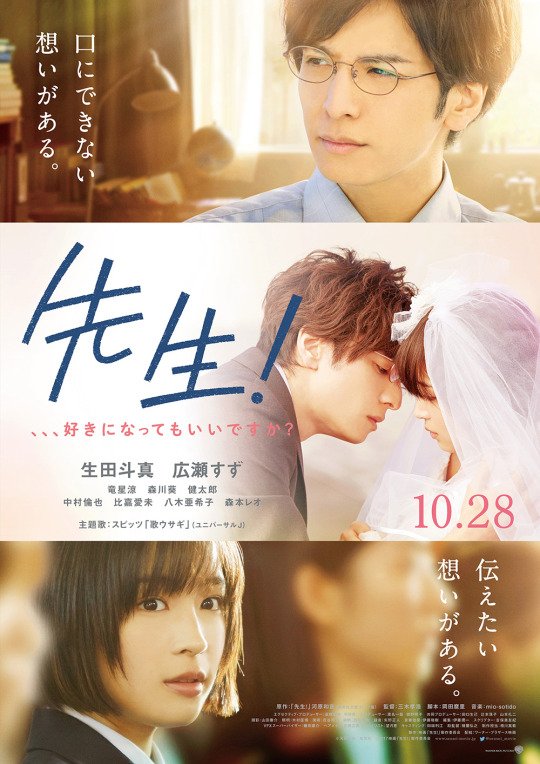