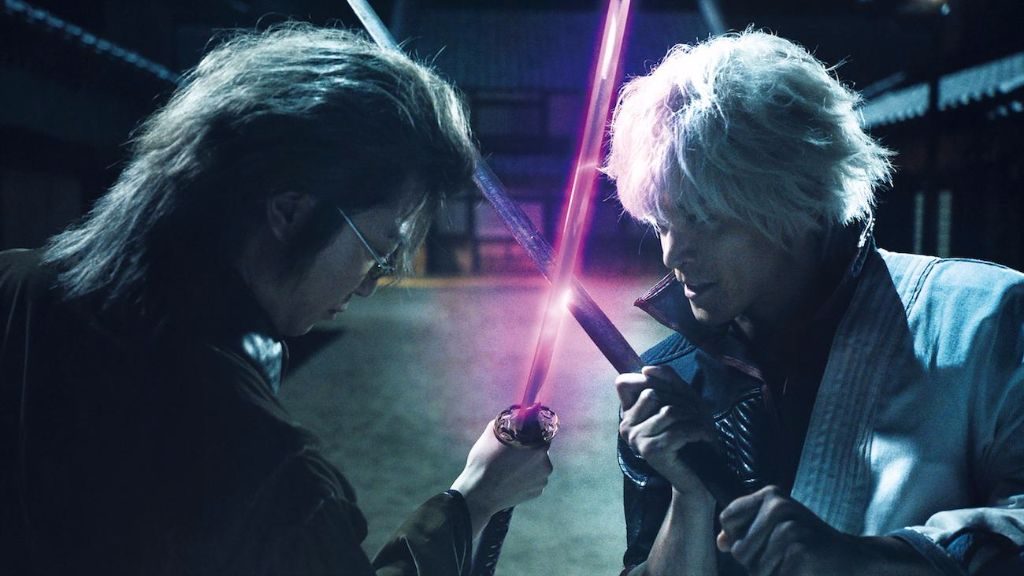 The official website for the live-action film of Hideaki Sorachi’s Gintama manga has begun streaming a brand new trailer.

The second trailer video for the movie features action scenes of Shun Oguri as Gintoki Sakata, the protagonist who runs the Yorozuya shop, and Tsuyoshi Domoto as Shinsuke Takasugi  and features the film’s theme song “DECIDED” by UVERworld.

Yuuichi Fukuda (live-action “HK/Hentai Kamen” and “Mr. Nietzsche in the Convenience Store“) wrote the script and directed the film.

The film will open in Japan on July 14.

The film is inspiring a live-action net show to debut on Docomo’s dTV streaming service on July 15. The show will feature the same cast and staff as the film, and will adapt the original manga’s “Mitsuba Arc” with Kii Kitano playing Mitsuba.