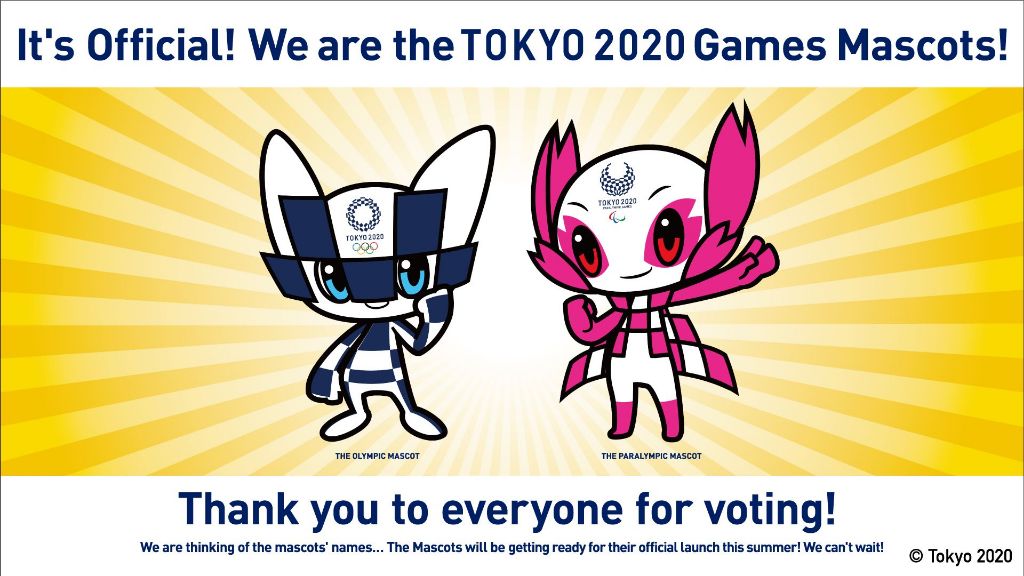 After a vote that took place in more than 200,000 classrooms in nearly 17,000 elementary schools across Japan, the official Tokyo 2020 Olympic Games mascots have been chosen!

The two winning characters (pictured above) will represent the Olympic games and Paralympic games, described as having opposite personalities but mutual respect for each other as they are very good friends. The Olympic Mascot embodies both old tradition and new innovation on Japan; the Paralympic Mascot is calm but very powerful when needed with a kind heart that loves nature.

The winning Mascots will participate in various events up to and throughout the Tokyo 2020 Games, including communicating the Olympic and Paralympic spirit, and contributing to the
excitement of the Games during the Opening and Closing Ceremonies.

It’s official! Design Set A has been chosen – we have our #Tokyo2020 Games mascots! #2020Mascot pic.twitter.com/wzJ7eyTgn3

The official launch of the Games Mascots is scheduled for summer 2018, with official names to be decided by the Mascot Selection Panel.