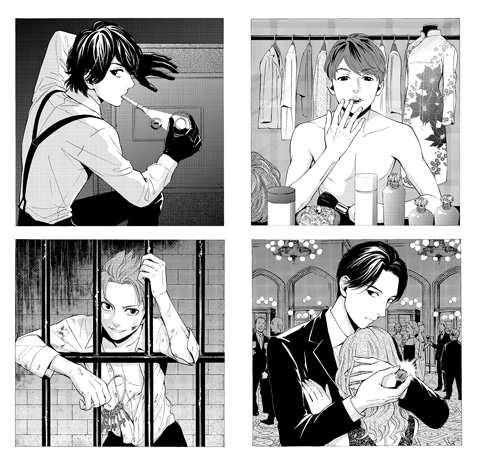 KAT-TUN is illustrated by manga artist Shimotsuki Kayoko, the artist behind “Joker Game“. The original novel was made to a movie starring Kamenashi Kazuya and KAT-TUN sings the theme song. Joker Game is currently being serialized in Weekly Big Comic Spirits and a special illustration of KAT-TUN was made by the manga artist with the title, “If I were a spy of D Kikan”.

Set in the eve of World War II, Joker Game tells of a secret intelligence agency D Kikan established by the Japanese Army. It sends its member Kato Jiro (Kamenashi Kazuya) to a high-stakes “spy game” as spies from countries such as Japan, the UK, the Soviet Union, and Germany in order to give their respective countries any possible advantage in world diplomacy.

The published illustrations features KAT-TUN in different settings as spies in the organization D Kikan – Kamenashi Kazuya as a Safe Cracker, Nakamaru Yuichi as a transvestite, Taguchi Junnosuke at a party and Ueda Tatsuya in prison.

The Comic illustrations, will be published along with an interview of KAT-TUN in “Weekly Big Comic Spirits No. 9” (January 27 release). Comic version drawn by Shimotsuki Mr. “Joker Game” (all Volume 1) is out in the market. The movie Joker Game opens January 31. 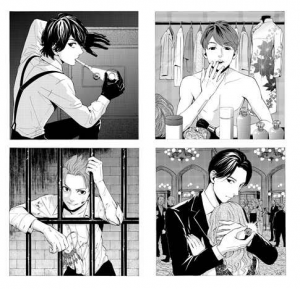 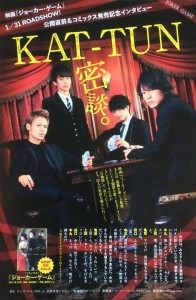 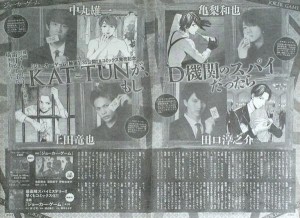