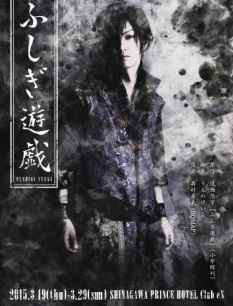 It was announced that Golden Bomber’s Yutaka Kyan will be starring in the stage play “Fushigi Yugi” which will run from March 19- 29 at the Shinagawa Prince Hotel Club eX in Tokyo. Kyan will play Tamahome, the young man who meets the manga’s female lead Miaka after she is transported through a book to another realm. This play will depict a new version of Fushigi Yugi through the eyes of Tamahome. Ueno Keiko wrote the screenplay and Okumura Naoyoshi (BQMAP) is directing.