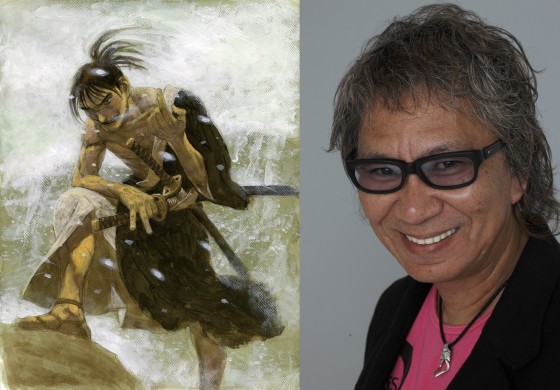 It was announced that Samura Hiroaki’s  “neo period drama” manga Blade of the Immortal will be made into a live action film, for release in 2017. Kimura Takuya will play the lead character Manji, a ronin warrior cursed with an immortal body. To regain his mortality, he sets on a mission to kill 1,000 evil men. Prolific and controversial director Takashi Miike, who is directing live action film “Terraformars” for next year, will serve as the director for the movie. The manga follows Manji’s journey of revenge as the yojinbo (bodyguard) of Rin, a young woman who swears vengeance against a group of sword fighters who murdered her parents.

This will be Kimura’s first period film after 2006’s Love and Honor directed by Yamada Yoji. Kimura said that he personally loves the worldview of the original manga, and that the film script also depicts the original manga’s opposing themes of “I will not die” and “I cannot die.” On the other hand, Miike said that he personally selected Kimura, “a superstar who made the transition from the Showa era to the Heisei era,” as “the world’s strongest member of the Miike Gang, the Itto-ryu fighting school of our film industry.” 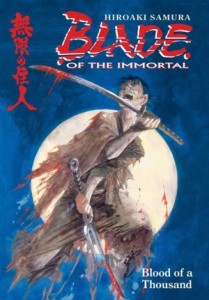 Samura himself said that the original manga was his “maiden” series which he launched 22 years ago, so when he re-reads it now, its imperfections stand out like mountains. Nevertheless, if the live-action version follows the original story while adding the thrills of movies, he would be happy. Samura said that with the director he loves, “the pinnacle of Japan’s actors,” and the help of talented cast and staff, he is looking forward to seeing new life being breathed into Blade of the Immortal.