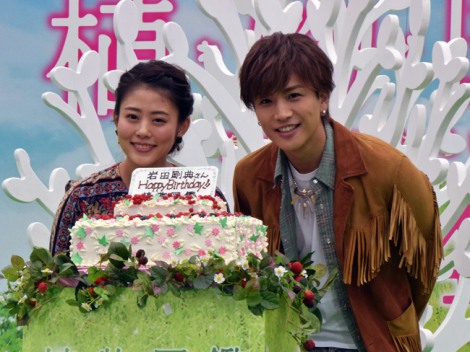 The performer of EXILE and Sandaime J Soul Brothers from EXILE TRIBE, Takanori Iwata, celebrates his birthday in the special event for the promotion of his movie, “Shokubutsu Zukan”. Along with the co-star, Mitsuki Takahata, Iwata mentions about the heart-pounding scenes they had in the movie.

“I said a lot of embarrassing lines which I don’t normally say so I am looking forward to see that in the movie,” recalls Iwata.

“Shokubutsu Zukan” was based on the book of Hiro Arikawa who has written other bestsellers such as “Hankyu Railways” and “Library Wars”. Iwata plays the role of a prince-like character who will show how he cooks in the movie that will surely catch women’s hearts. Takahata, on the other hand, will play a role of an office lady who takes the challenge of life and longs for love.

His cooking scenes which include cooking omelet was challenging for Iwata.

“I used the fry pan too much that it made my left arm hurt. It even hurt during our live. It was a good thing that I was able to do it during the filming.”

Celebrating his 27th birthday, he was surprised with a cake. He was also greeted by his co-star, Takahata, on his birthday. He thanked the fans who attended the event,

“It was coincidentally my birthday today but, for the fans who have gathered, and even giving me a cake for today, it has really made me happy.” 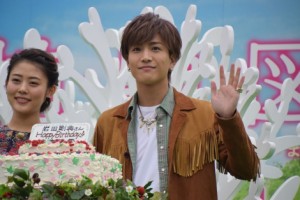 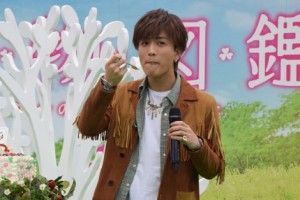 “Shokubutsu Zukan” will be released on June 4 this year.