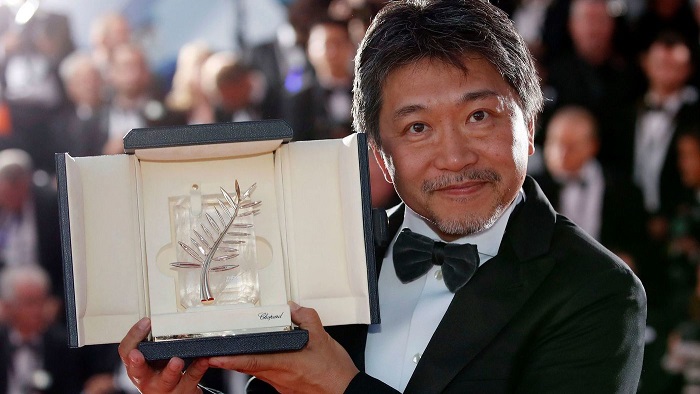 This past weekend, the Palme d’Or, the top prize at the Cannes Film Festival, was awarded to Hirokazu Koreeda’s new film “Shoplifters” (“Manbiki Kazoku” in Japanese). This marks the first time that a Japanese director has won the Palme d’Or in 21 years, when Shohei Imamura’s “The Eel” (“Unagi” in Japanese) won. Starring Lily Franky and Ando Sakura, “Shoplifters” tells the story of a poverty-stricken family who relies on stealing to make ends meet.

“My legs are shaking. I’m really honored to be here,” Koreeda said upon his win. Having been previously nominated for the Palme d’Or five times, this was a joyous occasion for him.

“I want to share the courage and hope (that comes with the award) with my staff and the film’s cast as well as with young directors,” he added. “I am hopeful that films can connect people who are in conflict in a separated world.”

Koreeda defied expecatations that the Palme d’Or would go to a female director, given that the talk of the town at this year’s festival was the ongoing sex scandals in the entertainment industry. After the awards ceremony, Cate Blanchett, the head of the festival’s jury (composed of five women and four men) commented on Koreeda’s win. “Women and men alike on the jury would love to see more female directorial voices represented.” She added that picking a winner was “bloody hard.” Explaining why “Shoplifters” won, she said, “But in the end I think we were completely bowled over by how intermeshed the performances were with the directorial vision.”