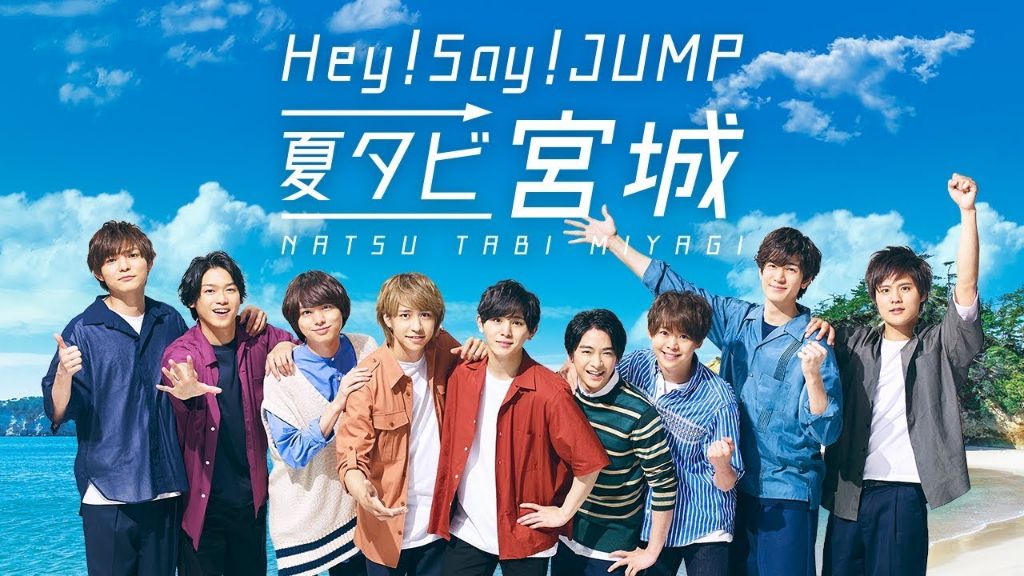 A dedicated official site and Youtube account were opened for the campaign. A 4 and a half minute PR video “Hey! Say! JUMP Natsu Tabi Migayi” featuring the group and the scenic spots of Miyagi Prefecture were released. Watch the video and catch some member quirks such as Inoo Kei and Yaotome Hikaru with cats and Okamoto Keito speaking English. More videos and info can be found at the official site heysayjumpmiyagi.jp

This will only be the start of the several projects planned for the said campaign, which will also include guide book distribution, poster and video ads in Tokyo metro, Yamanote line ads, smartphone stamp rally etc.

At the press conference, a presentation tournament was held and the group was divided into 4 teams representing 4 areas in Miyagi: Sanriku, Sendai/ Matsushima, Kennan, and Kenpoku. Judged by Miyagi Governor Murai Yoshihiro, the tandem of Yamada Ryosuke and Chinen Yuri won and they were presented with “date masayume”, rice produce from Miyagi. A dialect quiz was also  held moderated by member Yaotome.