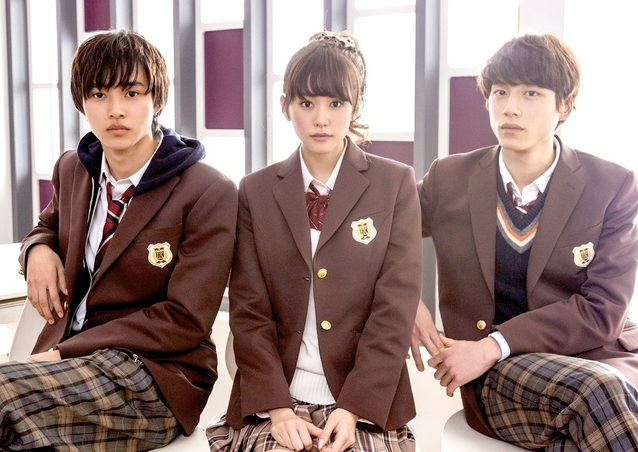 As previously reported, Kiritani Mirei, Yamazaki Kento and Sakaguchi Kentaro will star in the live-action film adaptation of Koda Momoko’s “Heroine Shikkaku” (No Longer the Heroine). The romantic comedy center around Matsuzaki Hatori (Kiritani), a high school girl who firmly believes that she has to marry her childhood friend someday.

The first visual images and teasers for the movie have been released, and the lead stars dressed up in Seifuku (school uniform). 25 year old Kiritani said she feels both happy and embarassed to wear a high school uniform in her age.

Additional cast members have also been announced – Fukada Ayano, Wagatsuma Miwako, Maryjun Takahashi, Hamada Mari, and Takeuchi Riki. The movie will open in summer. Check out the images and teaser below. 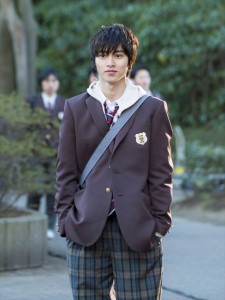 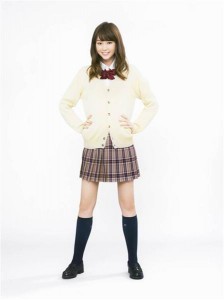 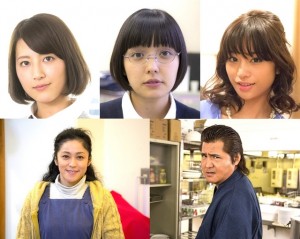