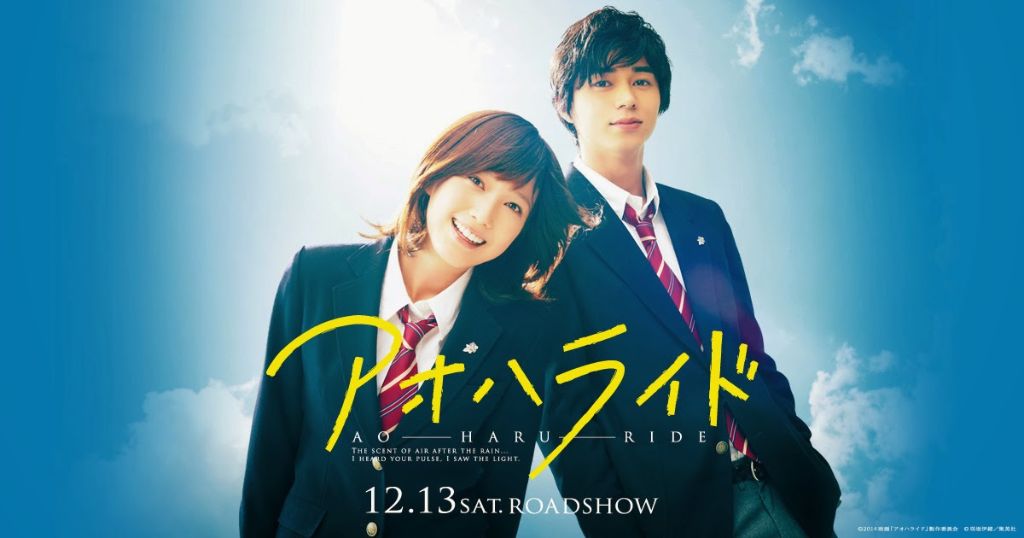 Tsubasa Honda plays Futaba Yoshioka, a girl who experienced her first love with a boy named Ko Tanaka, (Masahiro Higashide) while in middle school. However, after a misunderstanding, their relationship as friends ends when he transfers schools over summer vacation. Now in high school, she is set to “reset” her image & life by being as unladylike as possible. However, her world is turned around once again when she meets Kō again, this time under the name of Kō Mabuchi.

As previously reported, Ikimonogakari will be in charge of the theme song for the movie. Titled “Kirari”, the song can be previewed from the trailer.

Ao Haru Ride will be released in Japan on December 13th.