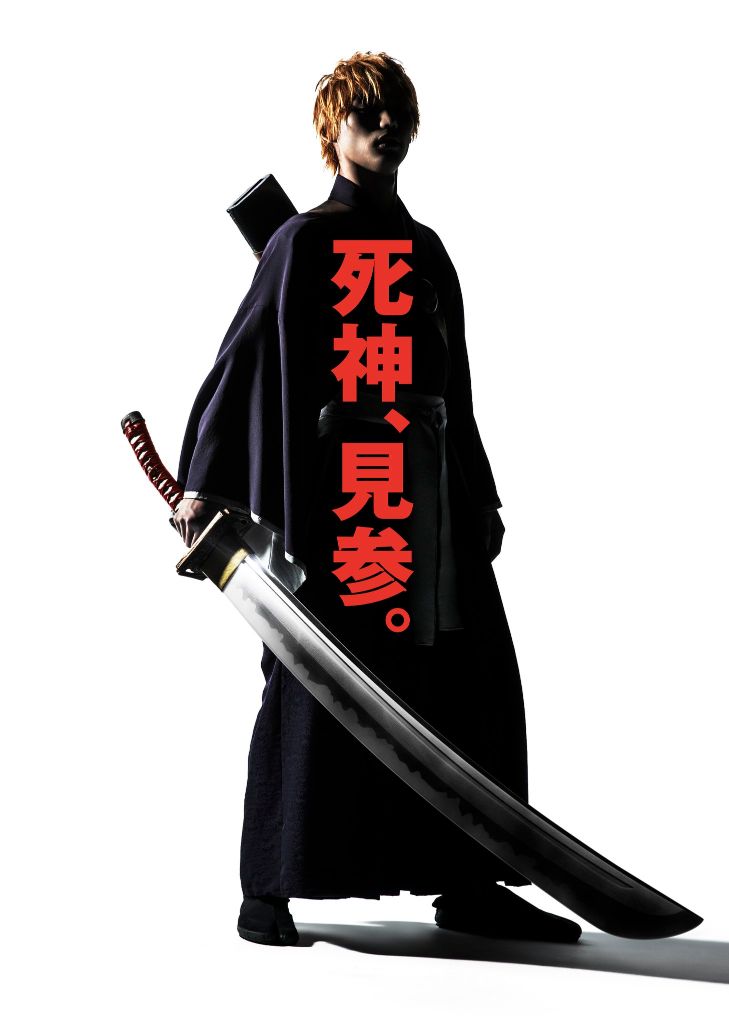 It has been announced that the upcoming live-action film adaptation of “Bleach” will finally open in Japan next summer.

The first look offers 24-year-old Sota Fukushi (Gentaro Kisaragi in Kamen Rider Fourze) as Ichigo Kurosaki, with additional information regarding the movie to be revealed on Friday.

Filming began in the suburbs of the Kanto region (including Tokyo, Gunma, Tochigi, Ibaraki, Saitama, Chiba, and Kanagawa) from mid-September to mid-November of last year, with many concerned by the quality of props as seen in photos that leaked online.

“Bleach” is a popular manga and anime series created by manga artist Tite Kubo, who launched the series in the magazine “Weekly Shonen Jump” in 2001 and ended it on August 22, 2016.

This upcoming live-action film adaptation is being directed by Shinsuke Sato (“Oblivion Island: Haruka and the Magic Mirror” and “Death Note: Light Up the New World“).