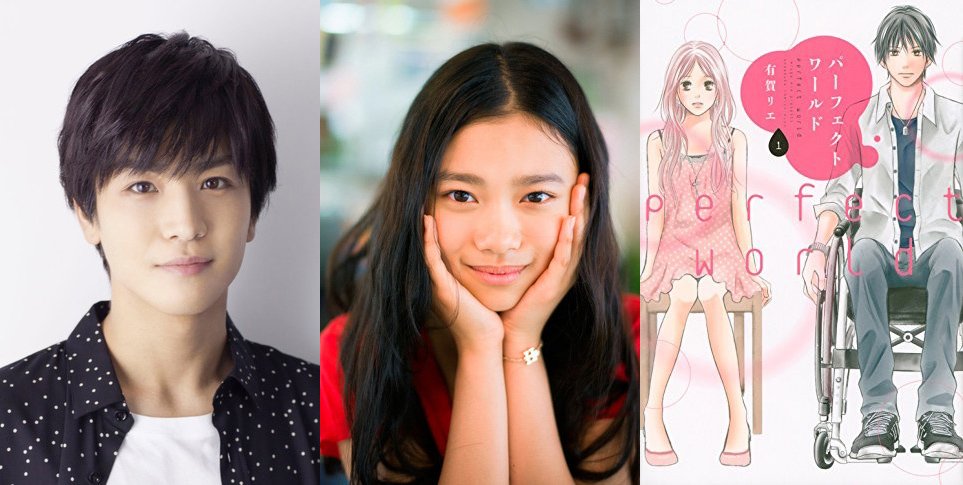 The July issue of Kodansha’s Kiss magazine has revealed that filming for a live-action film based on the manga series “Perfect World” by Rie Aruga began on June 2.

The manga “Perfect World” is of the josei genre, where the romance is more realistic and less idealized, and explores themes of first love and disabilities.

The story follows Tsugumi Kawana, played by Hana Sugisaki, who works at an interior design company. At a get-together, she happens to reunite with her first love Itsuki Ayukawa, played by Sandaime J Soul Brothers and EXILE‘s Takanori Iwata, from her high school days. Tsugumi still thinks of her time with Itsuki fondly, but finds that he is bound to his wheelchair after an accident and initially thinks that reviving a romance with him would be impossible.

It is the first time for me to play a manga character, as well as a disabled character. It is a complicated story about sharing a life with your loved one who has physical disabilities. To get close to the character, I will learn my part by heart and present a remarkable performance.

Aruga launched the manga in Kiss magazine in February 2015 and Kodansha published the manga’s fifth compiled book volume on March 13 of this year. It is still ongoing.

The film “Perfect World” is planned for released nationwide across Japan in 2018.